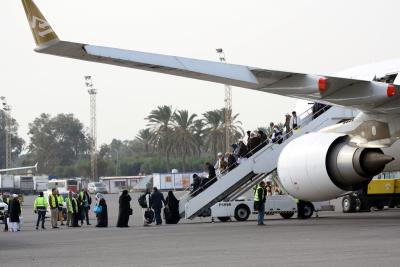 Tripoli: The Libyan government has announced it will resume flights to the Egyptian capital of Cairo later this month.

“The civil aviation departments of both countries agreed to take necessary measures to start direct flights from the airports of Mitiga (Tripoli), Misurata, and Benina (Benghazi) to Cairo starting from Septembers 30,” Xinhua news agency quoted government spokesman Mohamed Hamuda as saying on Sunday.

The decision to resume flights came after Libyan Prime Minister Abdul-Hamid Dbeibah’s visit to Cairo a few days ago, where a number of agreements were signed between the two countries.

Dbeibah’s Government of National Unity was appointed a few months ago by the UN-sponsored Libyan Political Dialogue Forum (LPDF), ending years of political division in the country.

The government’s main task is to prepare for the general elections to be held later this year, as approved by the LPDF.