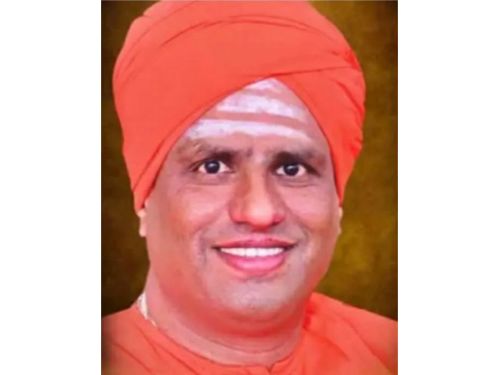 Ramnagar: Police in Karnataka have started a probe into the suicide of a 45-year-old Lingayat seer in Ramnagar district after a preliminary inquiry revealed that he was being harassed by a local politician, sources said on Tuesday.

Basavalinga Sree committed suicide on Monday on the premises of the Kunchugal Bande Math.

He had spoken to the politician over the phone for three hours before ending his life, the police sources claimed.

A three-page suicide note has been recovered, the contents of which are still under wraps.

The seer was actively involved in an agitation against the garbage mafia and took part in many anti-government protests.

There were also talks about the seer being blackmailed by alleged audio and video clips.

Police sources said that the political leader will be summoned for questioning soon.

The seer had built many educational institutions for poor children, as well as a hostel for students.

JD (S) leader and former MLA H C Balakrishna said on Tuesday that the seer had done a commendable job in the region.