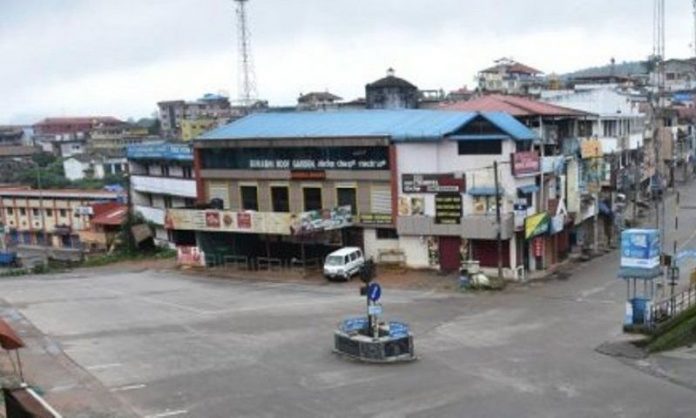 Bengaluru: Even as Karnataka readies to further unlock the economy by easing Covid restrictions in the state, including in Bengaluru, lockdown has been extended for two more weeks till July 19 from Monday in Kodagu district, an official said on Sunday.

“As the positivity rate continues to be at 7.21 per cent, the state government has extended the lockdown in the district by another two weeks to reduce Covid cases below 5 per cent,” the district official told IANS on phone.

Kodagu is about 240 kms southwest of Bengaluru in the state, nestled in the biodiversity-rich Western Ghats.

According to the state health bulletin, 182 new cases were registered on Saturday, taking the district’s Covid tally to 30,958, including 1,596 active cases, while 29,091 people recovered, with 150 patients discharged during the day.

Though no death was reported on Sunday, the district’s toll is 271.

“People coming from Kerala across the border have to carry a negative RT-PCR report or vaccination certificate for entering the border district,” said the official.

The district authority has decided to deliver daily essentials to citizens at home in containment zones to restrict their movement.

“Checks are carried out across the district to restrict movement of people and vehicles, as tourism remains banned along with other activities,” the official said.

Shops selling daily needs, including milk, vegetables, fruits, fish and meat will be open on weekdays from 6 a.m. to 2 p.m.