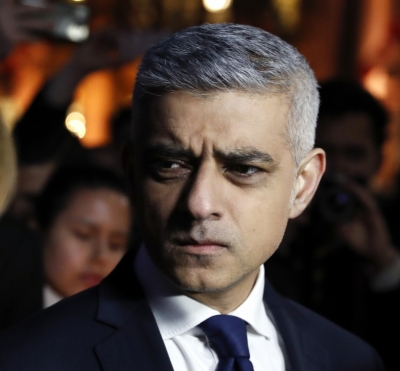 London: Mayor of London Sadiq Khan declared a “major incident” in the British capital as rising coronavirus cases are threatening to overwhelm hospitals.

The London mayor on Friday said that he is “declaring a major incident because the threat this virus poses to our city is at crisis point”, Xinhua news agency reported.

“If we do not take immediate action now, our NHS (National Health Service) could be overwhelmed and more people will die,” he said.

According to the mayor, the number of confirmed cases in London has increased rapidly with more than a third more patients being treated in hospitals now compared to the peak of the pandemic last April.

“Our heroic doctors, nurses and NHS staff are doing an amazing job, but with cases rising so rapidly, our hospitals are at risk of being overwhelmed. The stark reality is that we will run out of beds for patients in the next couple of weeks unless the spread of the virus slows down drastically,” he added.

There are currently around 830 admissions to London hospitals per day, up from around 500 before Christmas, which could rise further over the next two weeks, according to The Guardian newspaper.

A “major incident” is defined as being “beyond the scope of business-as-usual operations, and is likely to involve serious harm, damage, disruption or risk to human life or welfare, essential services, the environment or national security”.

Major incidents have previously been called for the Grenfell Tower fire in June 2017 and the terror attacks at Westminster Bridge and London Bridge.

This brought the total number of coronavirus-related deaths in Britain to 78,508, the data showed.

To bring life back to normal, countries such as Britain, China, Germany, Russia and the United States have been racing against time to develop coronavirus vaccines.