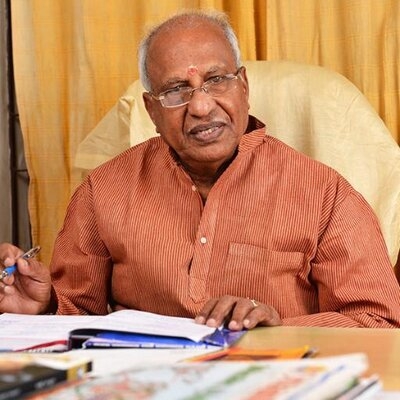 Speaker P Sreeramakrishnan said the resolution was passed unanimously through a voice vote at the Special session of the Assembly.

However, controversy erupted after Rajagopal also came out in support. He had, in his speech, spoken for bringing about amendments in the laws.

Rajagopal told the media later: “I have supported the resolution but have opposed certain parts in it. I have abided by the general consensus in the Assembly and it is in democratic spirit.”

“But I do have certain reservations on the interpretations of these laws.”

Asked about his party’s stand on the laws, he said: “In a democracy, one has to abide by a consensus.” He also said that his support was in accordance with the spirit of the Assembly.

The Chief Minister said that continuation of the farmers’ agitation would create a crisis in the southern state and claimed the central government was backing out from the Minimum Support Price guarantee.

He said that the Centre must repeal the new farm laws in the country’s interest.

“The new farm laws have been formulated specifically to benefit major corporates. This will lead to an unprecedented crisis in the food sector in India,” he said.

He pointed out that the new farm laws had led to huge anxiety among farmers across the country.

Vijayan also lashed out against Governor Arif Mohammad Khan for deciding against convening of the Assembly session on December 23 for adopting the resolution.

Deputy Leader of the Congress in the Assembly, KC Joseph, also supported the resolution but criticized the LDF government for what he called its “mild reaction” to the Governor’s decision not to convene Assembly session on December 23 even after a democratically elected state government had recommended the same.

The Congress leader alleged that the state government had become “subservient” to the Governor and added that there was no reason for the government to play second fiddle.

The Congress leader also stressed on inclusion of the Prime Minister’s name in the resolution, which the state government did not.

Joseph alleged that the Vijayan government was “not keen to attack the Prime Minister” and wondered why it was afraid of the central government and Narendra Modi.

Ahamed Khabeer of the Muslim League, KB Ganesh Kumar of the Kerala Congress, CPI leader and Revenue Minister E Chandrashekharan, and Janata Dal leader Mathew T Thomas were among the legislators who spoke in the House.