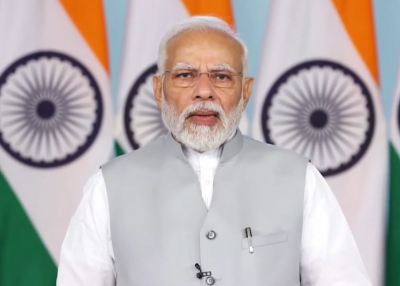 Ayodhya (Uttar Pradesh): “Ram does not leave anyone behind, he does not turn away from anyone. We have a lot to learn from him because he truly believed in ‘Sabka saath sabka vishwas, sabka prayas,” Prime Minister Narendra Modi said on Sunday as he began his speech with ‘Jai Shri Ram’ and then went on to detail the character of Lord Ram.

While inaugurating the Deepotsav in Ayodhya on Sunday, he said, “The lamp burns too and lights too.”

The Prime Minister recalled the pandemic and said that every Indian stood with one lamp in hand and we are defeated the darkness of illness.

Amidst chants of ‘Modi Modi’, the Prime Minister reiterated that the character of Lord Ram should be emulated by all since he was a role model for all.