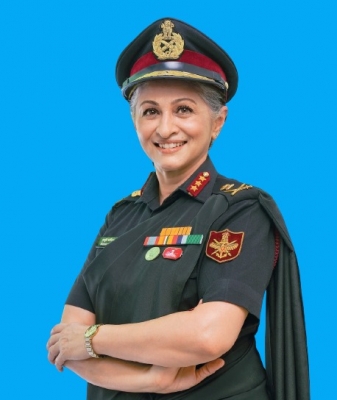 Mumbai:  Lt. Gen. (Dr.) Madhuri Kanitkar, Deputy Chief, Integrated Defence Staff (Medical) in the Ministry of Defence, has been named the new Vice-Chancellor of the Maharashtra University of Health Sciences (MUHS), Nashik, according to an official announcement here on Tuesday.

The announcement by Maharashtra Governor Bhagat Singh Koshyari, who is also the Chancellor of the state’s universities, said Lt. Gen. Kanitkar’s appointment will be for five years, or till she attains the age of 65, whichever is earlier.

Commissioned in the Army Medical Corps in 1982, Lt. Gen. Kanitkar later got her MD and DNB in Pediatrics and served as the Dean and Deputy Commandantant of her alma mater, AFMC, from January 2017 to May 2019. She has been awarded a VSM and an AVSM for her distinguished services. Her teaching and research experience spans 22 years.

Lt. Gen. Kanitkar succeeds Dr Deelip Mhaisekar, whose term ended in February this year. She will take over her new assignment from the Savitribai Phule Pune University Vice-Chancellor, Dr Nitin Karmalkar, who holds the additional charge of MUHS V-C.

Incidentally, her husband, Lt. Gen. Rajeev Kanitkar, retired as Quartermaster General of the Indian Army. They are the first three-star general couple in the Indian Armed Forces.

Located at Mhasrul in Nashik, MUHS was established in 1998 and has over 400 affiliated colleges, besides a student population of around 40,000.