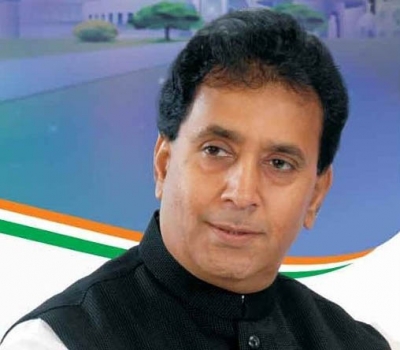 Mumbai: In a surprise development in the ‘letter bomb’ dropped by former Mumbai Commissioner of Police Param Bir Singh, the Chief Ministers Office said on Saturday that the letter was not received from the IPS officers known official email id, even as Home Minister Anil Deshmukh charged Singh with conspiracy and threatened to file a defamation case.

In view of the discrepancies in the known email id of Singh, the home department is making efforts to contact him (Singh) to verify the antecedents of the unsigned letter, said a CMO spokesperson.

Deshmukh, in a detailed rejoinder, accused Singh of “lying”, making the false accusations as part of a “conspiracy” hatched to discredit him (Deshmukh) and the Maha Vikas Aghadi government to save himself from any action in the SUV case and the case related to the death of Mansukh Hiran.

The SUV case refers to the explosives-laden Scorpio that was found near industrialist Mukesh Ambani’s residence in Mumbai last month. Thane-based businessman Mansukh Hiran, who was in possession of the Scorpio, was found dead under mysterious circumstances on March 5.

“Why was Singh quiet for so many days after (API) Sachin Vaze’s arrest? After realising that he would be removed as the CoP on March 17, a day earlier (March 16) Singh called ACP Sanjay Patil, asked him some questions and got the answers he wanted,” Deshmukh pointed out.

Dismissing the contents of the letter as part of a larger conspiracy by the IPS officer, Deshmukh said that Singh wanted to collect evidence systematically through WhatsApp chat, which showed that he was impatient as he repeatedly asked questions to ACP Patil.

“On March 18, Singh tried to create evidence of a conversation on WhatsApp, and tried again on March 19 to save himself after I said that he had been removed from the office (CoP) due to some serious lapses,” Deshmukh said.

He said that everyone in the police department knows that Singh is very close to suspended API Vaze and ACP Patil, and Singh in his own right took the decision to reinstate Vaze, who was earlier suspended for 16 years.

“If Singh says that Vaze met him in February and informed him (of the alleged demands by the minister), then why did he keep quiet for so many days,” the minster asked.

“After realising that he could get into trouble in the SUV case, he has tried to blackmail the government with such fake accusations. Singh’s allegations are completely false. He should prove them… I am filing a defamation suit against him,” said Deshmukh.

Deshmukh also called upon Chief Minister Uddhav Thackeray to order an impartial probe into the allegations made in Singh’s letter.

Defending Deshmukh, Congress Spokesperson Sachin Sawant said the letter was manufactured by Singh for his self-defence, especially since the Home Minister had said a month ago that some officials were under pressure.

Sawant said the BJP is conspiring against the Maha Vikas Aghadi (MVA) government by putting pressure on officers through (probe) agencies, and asked how could the BJP know all the secret information in advance.

In a sensational twist to the SUV case, Singh on Saturday hit out at Deshmukh by virtually alleging that the minister wanted his team member, arrested cop Sachin Vaze, to ‘collect’ Rs 100 crore per month from bars and hookah parlours.