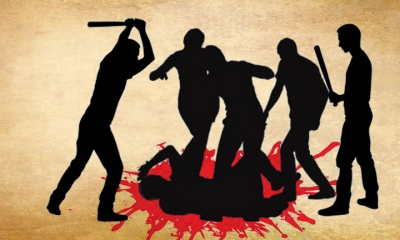 Man beaten to death on suspicion of theft in South Delhi

New Delhi: A 23-year-old man was beaten to death on suspicion of theft after he allegedly entered the house of a priest near a crematorium in South Delhi’s Mehrauli area, the police said on Wednesday.

Sunil, 23, was taken to the hospital where he was declared brought dead. The family of the deceased has alleged foul play.

“There were bruises on the victim’s thigh, hands, back, head and some minor injuries on face. The post-mortem will be conducted on Thursday. After confirming the cause of death, further action will be initiated,” said Atul Thakur, DCP, South Delhi.