Home Fit & Fun Entertainment Manav Gohil on how he shares a friendly bond with his on-screen... 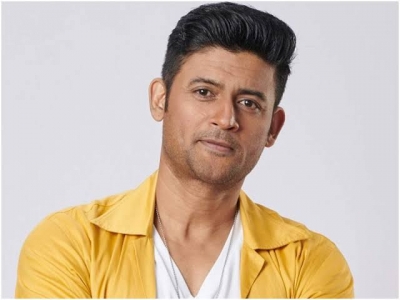 Mumbai: ‘Shaadi Mubarak’ actor Manav Gohil, who is playing Shweta Tiwari’s on-screen character Aparajita’s ex-husband and father of three daughters, talks about the bond he shares with his on-screen daughters.

He says that being a father, he himself connects with his role: “I must tell you, the father-daughter relationship is the most beautiful relationship. In the show, I am a father of three daughters. I already have got the training to be around daughters because of my 10 years old daughter Zahra. My daughters in the show are just adorable.”

Manav is known for his roles in ‘Kahaani Ghar Ghar Kii’, and also participated in a dance reality show ‘Nach Baliye 2’ and was seen in ‘C.I.D’ and ‘Tenali Rama’. He further says that he shares a friendly bond with his on-screen daughters.

“I am more like a friend to my reel life’s daughters; we have already bonded really well and have become friends now. They all are very smart and curious kids, they want to learn everything about the Industry, and at the same time, I get to learn a lot from them too. There is no dull day when they are on set,” he adds.

The show focuses on the life of Aparajita played by Shweta Tiwari, who is a mother of three daughters and Manav is seen as her ex-husband Akshay, while actress Shweta Gulati plays his second wife Mohini. ‘Main Hoon Aparajita’ airs on Zee TV.