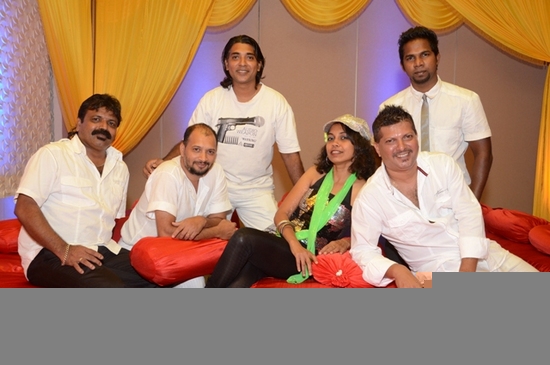 Mangaluru: They say music is in the blood of every Goan. And there are many talented Goan musicians. Most of them play in four/five member bands, dishing out popular Indian and Western hits. When they play the crowds go crazy enjoying the foot stomping music.You’ll will find the Goan bands playing at almost every social occasion be it weddings, beat shows or feasts. These bands are real entertainers knowing how to add life to any party. Specially for weddings, they play the popular Goan mandos that get everybody to the dance floor. They can also be hired to play for a wedding or birthday party. And during Christmas and New Year-the Goan bands are in very much demand, that it’s very hard to book them for your event/occasion. But Mangaloreans should be lucky to have close encounters with one of the leading bands of Goa-“Syndicate” all geared up to rock the night at “the Christmas Ball 2014” organized at Eco-Sports Village/2 Acres on Christmas Day, 25 December 2014.

Formed in the year 1980, two leading bands of Goa, “The Squad” and “The Vandals” decided to merge together and form one band. Twenty years and hundreds of successful shows later, with a huge fan following, the Syndicate is still going as strong as ever. With the arrival of the Syndicate, Goan audiences witnessed for the first time an emphasis on sound and lighting. They were the first to give a modern and western dimension to the music scene in Goa. They play all kinds of music from jazz to rock and are able to satisfy the crowd to a great extent. Today their name commands a lot a respect and admiration. People are willing to pay a heavy price to get the Syndicate, because they are simply good. The Syndicate performed at Majorda Beach Resort as resident band for 4 years.I have witnessed this band play at Goa Carnival many a times, and I can say that “Syndicate” band members know how to entertain the crowd with their superb music. They simply Rock!