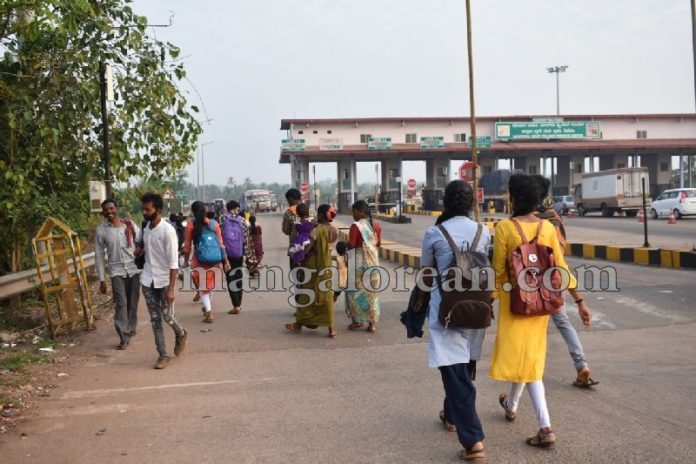 Mangaluru: Travelling public, upset over Mangaluru-Talapady route private buses cutting short their trip to avoid paying toll charges in Talapady, even though in the past had staged a protest urging the bus owners not to cut the trips short has shown no success since the private buses going from Mangaluru to Talapady turn around right before the toll booth. And due to this, passengers coming from various places in Kerala by Kerala registered buses have to get down and walk nearly 100 meters to board the private buses plying to Mangaluru- and vice versa. 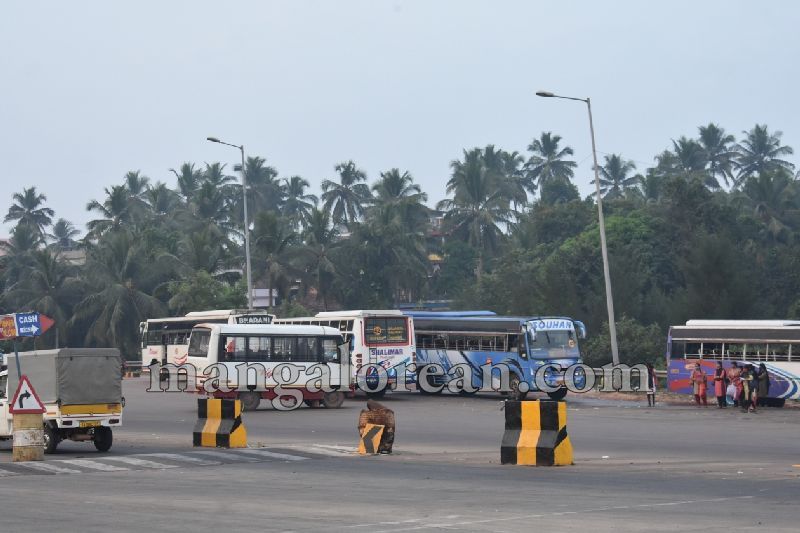 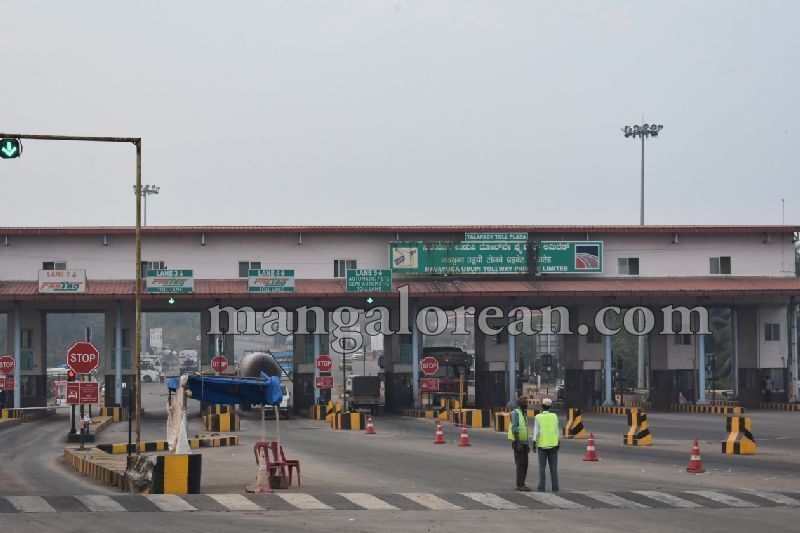 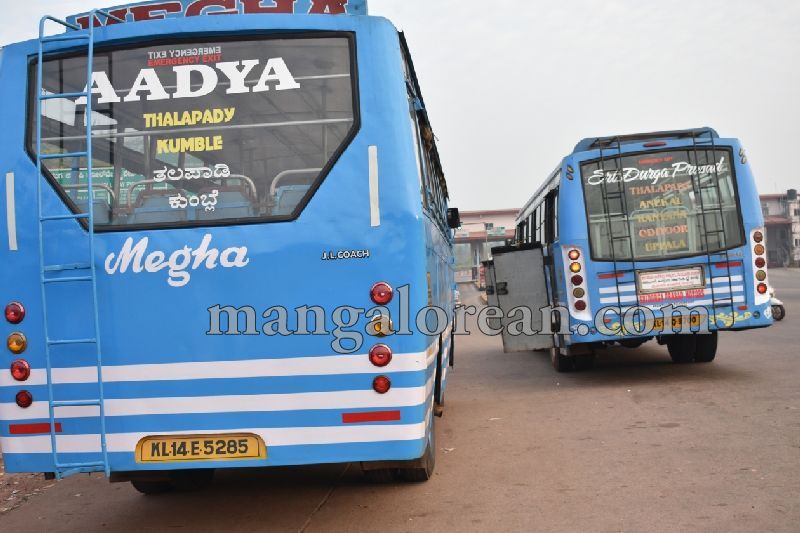 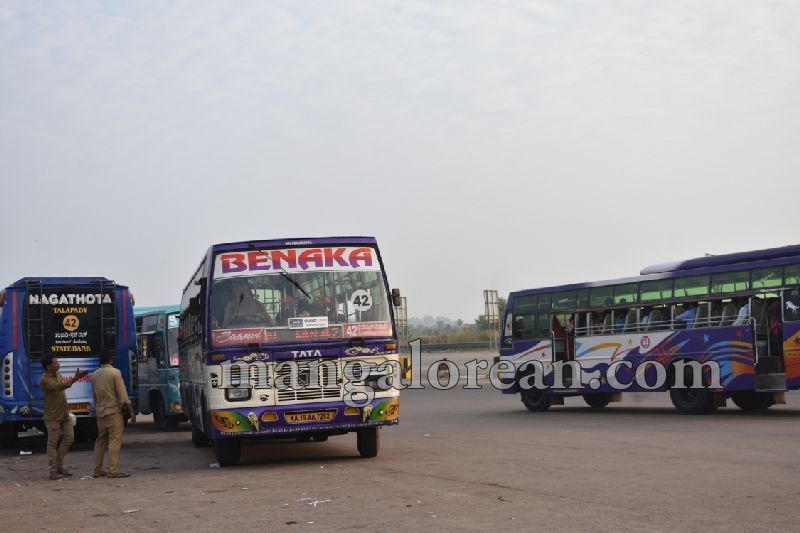 It should be noted that in order to avoid paying the hefty toll a trip, the city buses, plying to Talapady, had terminated the trips in front of the toll plaza from the past 11 months. Thus, the passengers were forced to walk for nearly 100 meters to reach the Talapady main bus stand. As many as 28 buses, each with a minimum nine trips, operate on the route daily. At Talapady toll gate, a bus has to pay Rs 130 for a single journey and Rs 190 for the return journey. The monthly passes issued for Rs 4,250 was for 30 trips only. Thus to avoid paying a heavy toll, the bus owners decided to cut short the trip at the tollgate.

The locals had even submitted a memorandum urging the deputy commissioner to get buses to drop the passengers at the final destination point in Talapady, but their efforts have been in vain. In spite of the Deputy Commissioner having directed the Assistant Commissioner of Police (ACP) to find a solution to the problem months ago, the passengers continued to be at the receiving end as the bus owners and toll authorities failed to reach a consensus on the issue. The city bus owners were asserting that they cannot pay the toll fee fixed by the authorities. Since the last 40 years, these buses have provided safe and efficient service to the public. However, now after the Talapady toll gate is constructed, they are asked to pay a huge sum of toll money per year, which is not justified. Moreover, people have their vehicles, thereby considerably reducing the number of people travelling by buses. 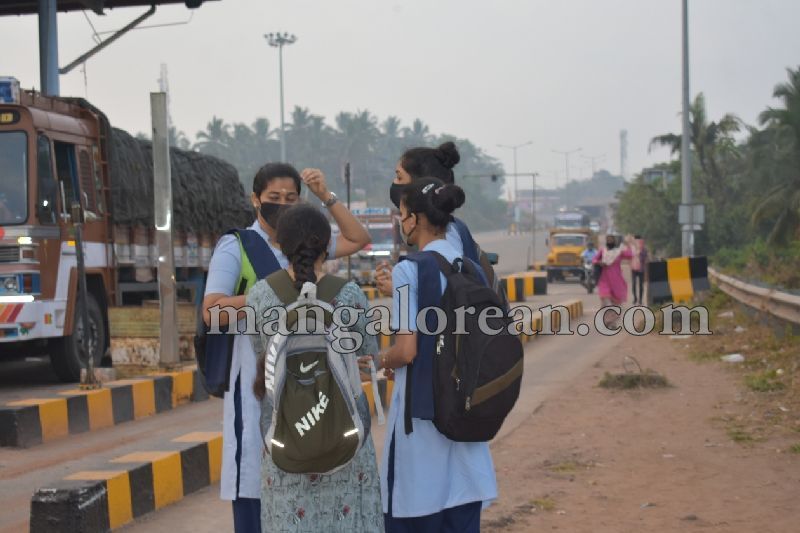 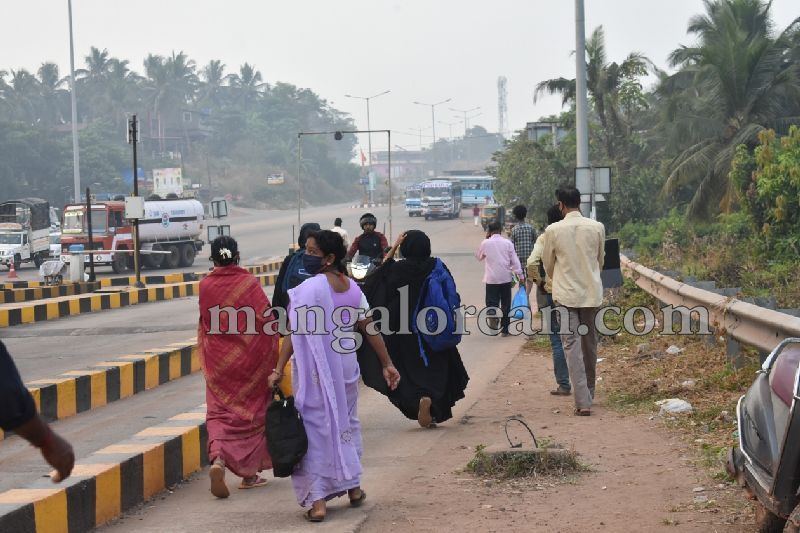 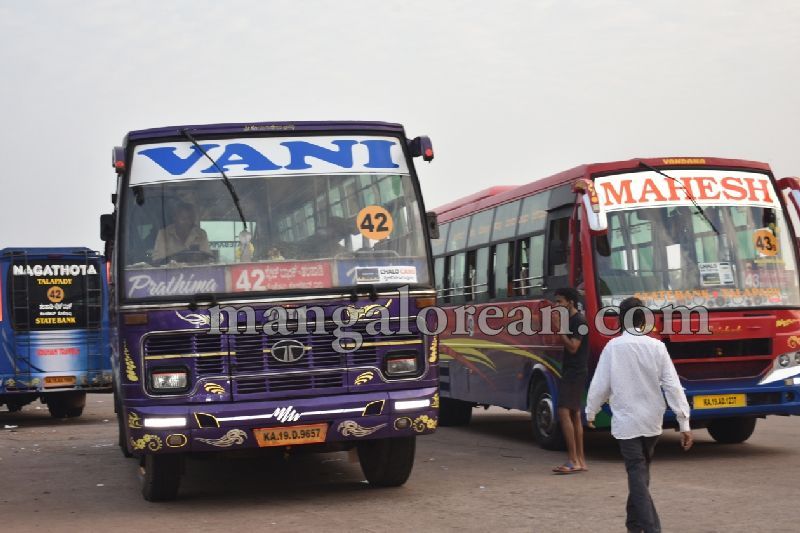 Private bus owners had even requested the toll authorities that they will pay a nominal amount. But the toll gate authorities did not agree for the same. Many meetings have taken place after that in the DC’s office. The Ullal police station in this regard also failed to yield any positive outcome. Unfortunately, the tollgate officials did not budge from their stand even after DC’s request. So the buses were alighting the passengers in front of the tollgate itself without taking them to the actual Talapady stop. Students, elderly people, pregnant women and children have to walk nearly half a km from the toll gate to their destination because of this issue. 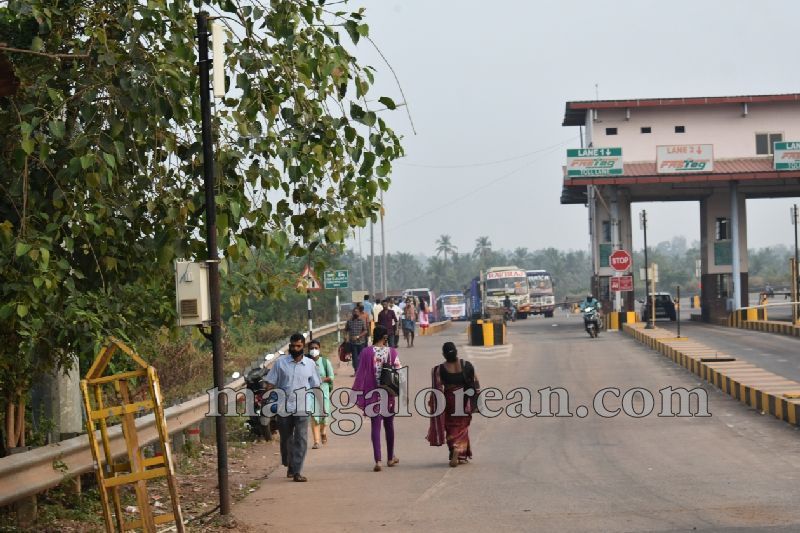 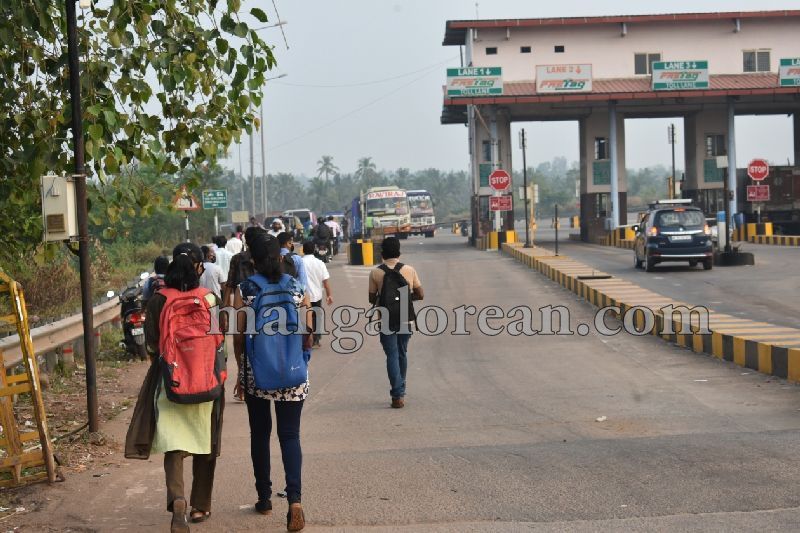 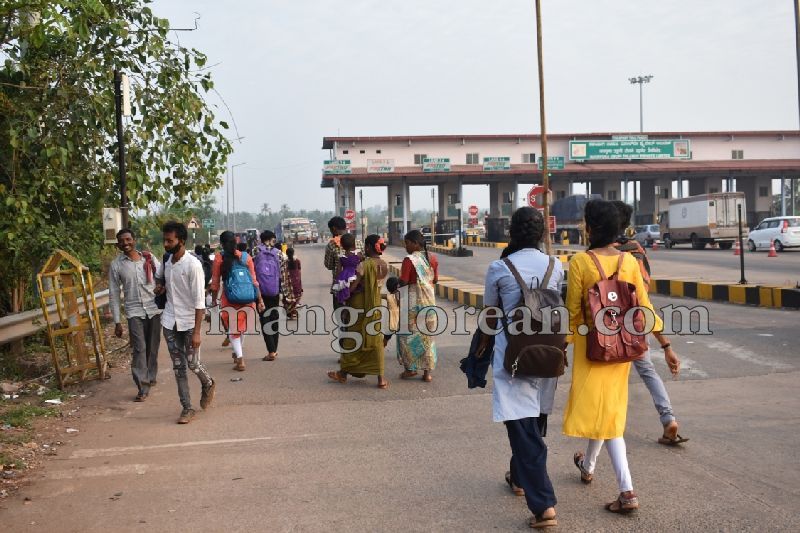 However, as of today the difficulty of passengers is seeing no end as the buses are making a U-turn in front of the toll gate without actually going to the Talapady stop on the other side of the toll gate. Speaking to Team Mangalorean Dilraj Alva-the President of Dakshina Kannada Bus Operators’ Association said, “This issue has been going on since the beginning of the year when the toll was charged. Paying Rs 130 for a trip or Rs 190 for a round trip is too much, for the fact, there have been not many passengers travelling since the lockdown. These private buses make around nine trips per day, and paying a toll for those trips is a lot of money. Until a negotiation is reached between the toll authorities, DC and bus owners, the private buses will avoid paying the toll. We know that commuters are facing a hard time especially the elderly, but the concerned authorities have to look into the situation faced by both the commuters and public, and come to a suitable solution, in order to end this long time issue”.