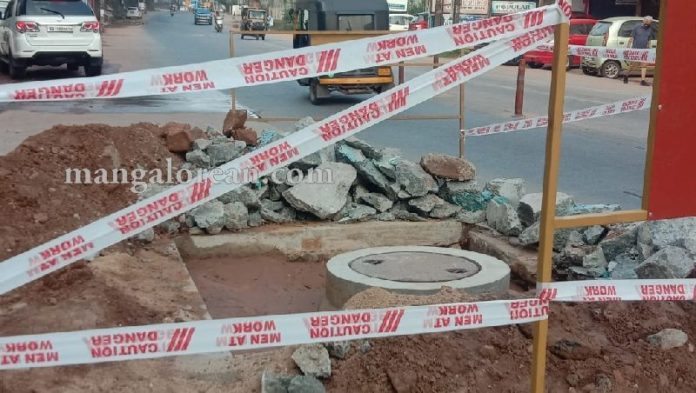 Mangaluru: I have a feeling that probably I am the most hated person by the Officials of District administration, Mangaluru Smart City Limited (MSCL) and Mangaluru City Corporation (MCC) since I have been highlighting the shabby and negligent Projects/works which have been utilizing public money on projects either incomplete or not done as per the required standards. But that’s okay with me, but I will continue to do my reporting job as far as these civic bodies do their job right. Like one top official from MSCL said to me, Älfie, please be a little mild and not harsh when you make reports on civic issues’, and in reply I said, “I will not use harsh words, but will praise you to the highest level, once you do your projects right”. He laughed so loud, and hung the phone. GUILTY, I guess! 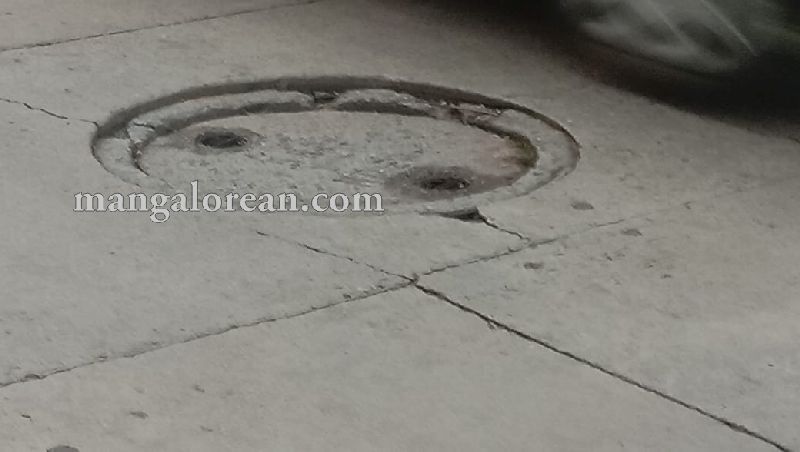 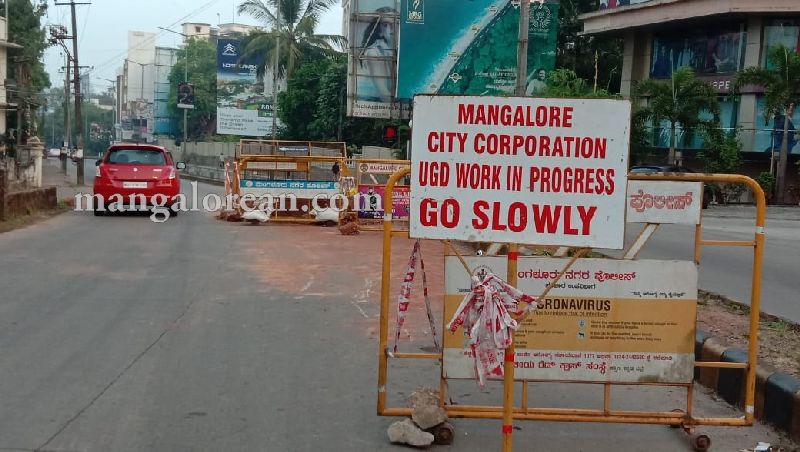 One thing for sure, that you’ll all agree with me is that-Digging of roads/streets/bye-lanes/footpaths will never stop in Mangaluru no matter what- and we have seen it in the past and will see it in future too. Mescom, Telephone Co’s, Contractors, building owners etc- they all dig the roads/streets, footpaths without prior permission from Mangaluru City Corporation. There is no end to this- and once they dig, and after their work is done, they leave the dug up area in a shabby condition. And no action is taken against them, either by the MCC or District Administration. And here we are once again seeing many newly constructed roads by Mangaluru Smart City Limited (MSCL) are now being dug right in the middle of these roads by Mangaluru City Corporation (MCC) to build new Manholes. 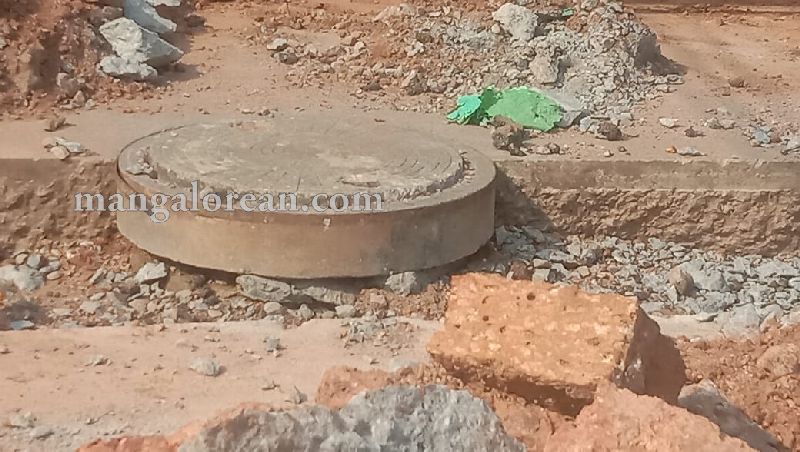 For a City which has been selected as one of the “Smart City” of India, but it seems like we are lacking “Smart People”, right from Officials at MSCL and MCC, Engineers, Contractors, and other District authorities who are simply wasting public hard earned money on projects, which once completed have to be re-done or new roads have to be dug up to lay drainage or construct new manholes or address some water problems. Just look at the sad situation of this newly constructed concrete roads which were done just months ago- now due to a poor planning- now they are digging the roads to construct new manholes, at various places in the City. Why wasn’t the construction of the new manhole done while the road was being constructed, is the question that many citizens would ask- but getting the right answer from the concerned authorities will be a tough one. Because they screwed up! 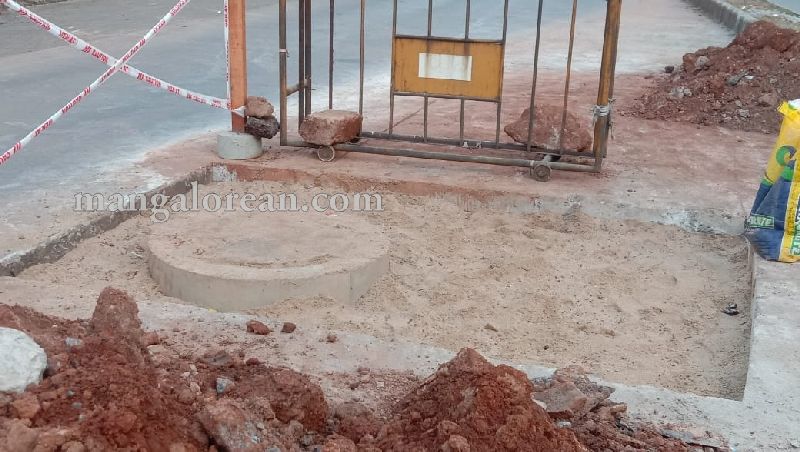 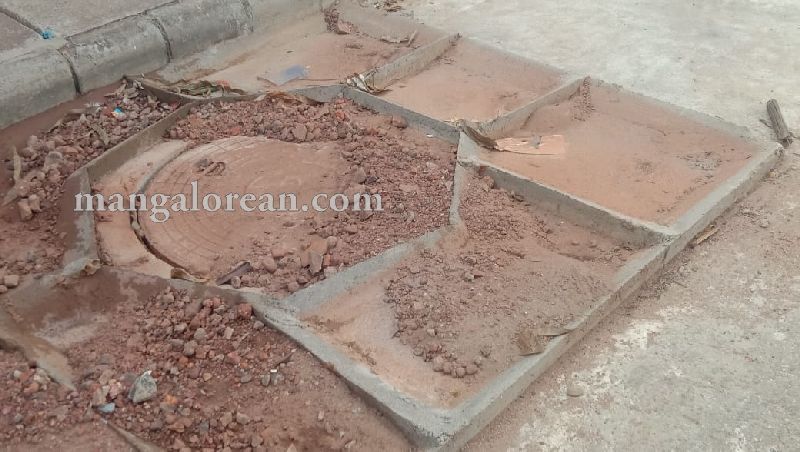 Isn’t it the right thing to do when the new road construction is done, simultaneously construct the manholes wherever needed. But here in this Smart City we are just seeing the opposite. While many of the new road works are undertaken by MSCL, the work on manholes comes under MCC undertaking- and therefore, once the road work is completely done by MSCL, it will be time for MCC to start digging to construct new manholes- which is so Dumb and stupid ! Seems like once a few people from MSCL make their desired money to fill their pockets on Smart City projects, then it will be turn of MCC officials to fill their pockets on MCC undertaken projects. Bah humbug! 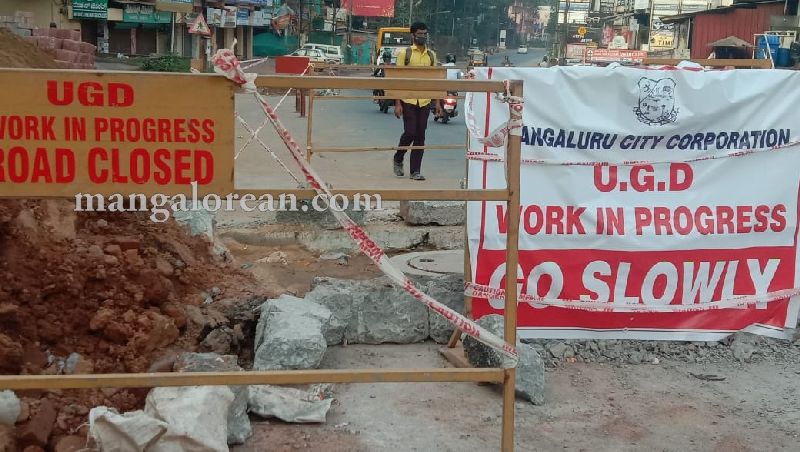 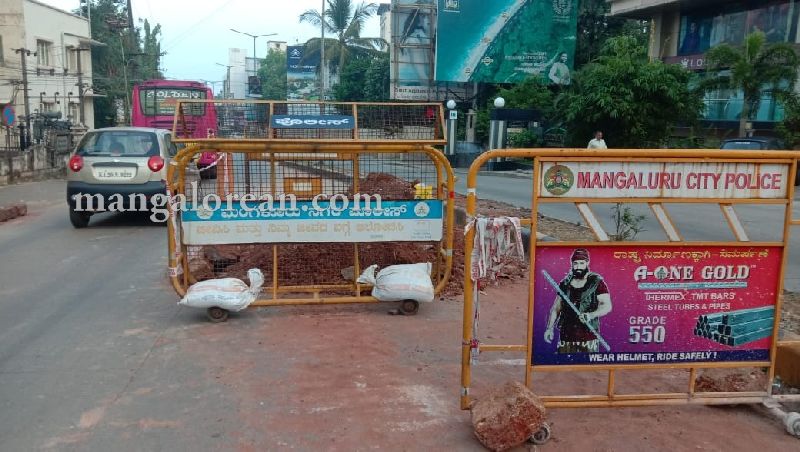 A definition of a manhole (alternatively utility hole, cable chamber, maintenance hole, inspection chamber, access chamber, sewer hole, or confined space) is the top opening to an underground utility vault used to house an access point for making connections, inspection, valve adjustments or performing maintenance on underground and buried public utility and other services including water, sewers, telephone, electricity, storm drains, district heating and gas. But lately with many apartments and high rise buildings that have come up in Mangaluru, there has been a need to construct new manholes- but nothing is planned proper when the construction of a road is taken up. If you look at all the newly constructed roads dug up after they are completed, either to lay drainage pipes, build manholes etc. And this creates a lot of inconveniences to the motorists to move around these dug up sites.

But it seems like no one cares about it- new roads are constructed, and within the next few hours or few days they are broken to give way for a new project/work. This education hub is now like a middle aged bachelor,with the government and MCC trying to dress him up with all sorts of cosmetics while the vital aspects are being sidelined. With half the city being dug up for one or the other reason the traffic appears to be going haywire while the pedestrians are scampering for safety. Mangaluru has a dubious reputation for being the most unsafe city for pedestrians. Nobody has investigated into that so there is no official document available for gouging the level of discomfort for the pedestrian but the way the city is dug up at present it is evident to the naked eye the violation of safety of pedestrians.

School children, young and old folks, ladies and gentlemen are the most susceptible. They come onto the road to escape the dug up areas endangering their safety.It is a carnage out there. With the roads dug up here in there, some could claim that they have sent people to the hospital with injuries, some others would state that they have claimed lives! Even today, when there is so much conversation about road safety, and despite pedestrians being at the fore of this conversation, many roads are not safe either due to construction or debris left after construction. Not “Smart” for an upcoming “Smart City”? Period.