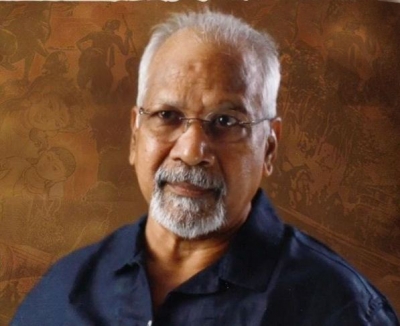 Maniam was base, says Mani Ratnam in BTS video of Ponniyin Selvan 1

Chennai: Ace director Mani Ratnam, who has come in for a lot of praise for getting the looks of almost all his characters in his magnum opus, ‘Ponniyin Selvan 1’, right has now disclosed the secret of how he was able to achieve this incredibly difficult feat.

In an interview that was released as part of a BTS video by the makers of the film on Saturday, Mani Ratnam says the unit based their looks on the illustrations of Maniam.

“Kalki’s ‘Ponniyin Selvan’ was the first big novel I’ve read in Tamil. How I got interested in it is that there is a lending library called Eswari Lending library on Lloyd’s Road. That’s where I picked up all five parts of the novel.

“Those editions with Maniam’s illustrations. I read it all in one stretch. I was reading it with a smile. Be it the landscapes, the horses or the two Pazhuvettayarars with their big moustaches. These images never left my mind.

“Kalki’s writing style is such that he constantly talks to us. ‘We left him mid-way. Let’s go and see what Vanthiyathevan is doing.’ It felt like we were travelling with him.

“Without Maniam’s sketches, people wouldn’t have read ‘Ponniyin Selvan’. Maniam was the base. Sub-consciously we know that Alwarkkadiyan Nambi should look like this — crouched on a wall with a pony tail with only his head visible. The Aandal hair knot was required for Nandhini. He defined those things.

“He did not sketch these visuals just like that. He researched and interpreted based on that period. So, we never went away from his illustrations but we made our interpretations of them,” the ace director disclosed.