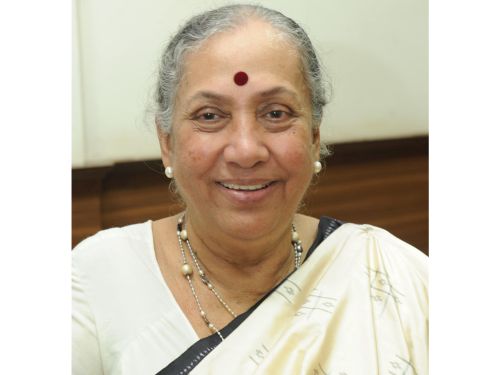 New Delhi: Veteran Congress leader Margaret Alva has slammed senior leaders of the party in Rajasthan and asked them to shun personal ambition.

Without taking names, she said the happenings were disappointing.

“The events unfolding in #Rajasthan are deeply disappointing, unfortunate & unnecessary. Senior leaders in the state must be prepared to sacrifice personal ambition & take their cue from @RahulGandhi who has shown what the Congress needs the most right now is selfless service,” tweeted Alva on Monday.

The Congress Legislature Party (CLP) meeting called on Sunday at Rajasthan Chief Minister Ashok Gehlot’s residence was cancelled as more than 90 MLAs loyal to the Gehlot threatened to resign, while demanding the new CM face be picked from their group.

“The MLAs want either Gehlot or his pick to be Chief Minister instead of Sachin Pilot,” Rajasthan minister Pratap Singh Khachariyawas told the media.

Gehlot reportedly received a call from Rajya Sabha MP K.C. Venugopal, who asked him to “handle the situation” but the Chief Minister told the Congress’ central leadership that it was “not in his hands”.

Former Rajasthan deputy chief minister Pilot, meanwhile, is believed to be the central leaders’ choice for the chief ministerial position.

A delegation from the Gehlot camp went to meet senior Congress leader Ajay Maken, who is in Jaipur as an observer for the CLP meeting.

Maken, speaking to the media, said: “We are not going to Delhi as of now. We have been asked to take feedback from each and every single MLA.”

Meanwhile, sources said that the Congress high command has called both Gehlot and Pilot to Delhi.