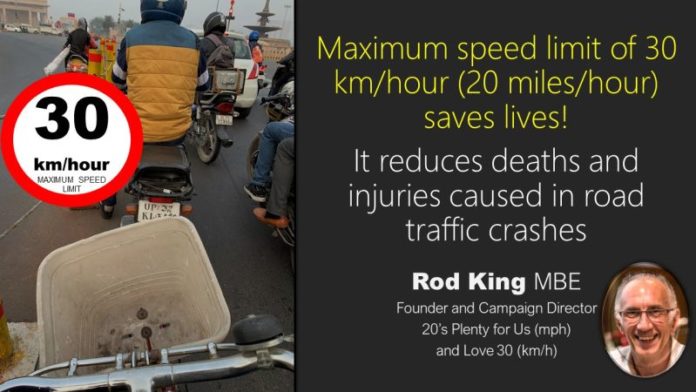 Maximum travel speed of 30 km/hour: Are we walking-the-talk on road safety?

Not just motorised vehicle riders but every person has a human right to safe commuting. But over 50 million people get injured and 1.35 million die every year due to road traffic crashes worldwide. More alarming is the fact that 90 per cent of these injuries and deaths occur in developing countries. Road traffic crashes are also the leading cause of death around the world for children and young people between 15 and 29 years of age. Over-speeding is identified as a major cause of almost 70% of these road traffic crashes in countries like India. 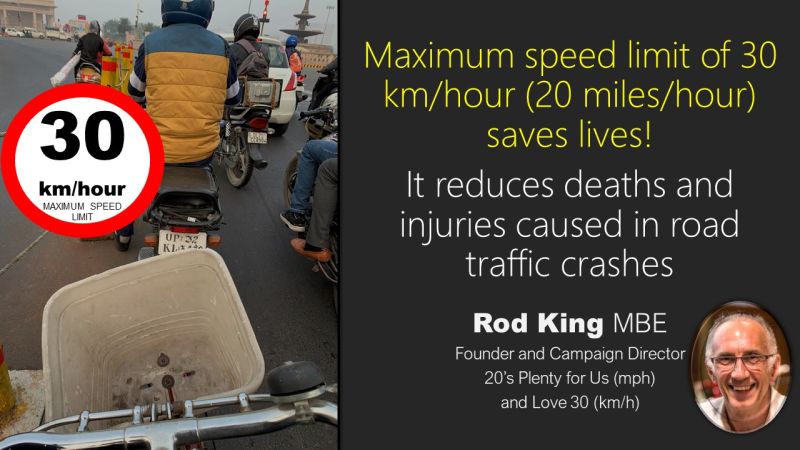 Last year, during 19-20 February 2020, the Stockholm Declaration was adopted at the Third Global Ministerial Conference on Road Safety, by ministers and heads of government delegations which included India’s Minister for Road Transport and Highways Nitin Gadkari.

One of the important commitments enshrined in Stockholm Declaration is to “focus on speed management, including the strengthening of law enforcement to prevent speeding and mandate a maximum road travel speed of 30 km/hour in areas where vulnerable road users and vehicles mix in a frequent and planned manner, except where strong evidence exists that higher speeds are safe, noting that efforts to reduce speed, in general, will have a beneficial impact on air quality and climate change as well as being vital to reducing road traffic deaths and injuries.”

The call to reduce the maximum speed limit to save lives is not new. CNS reached out to Rod King who had started to campaign for lower speed limits in Warrington, UK in 2004. In June 2013, in recognition of his contribution to road safety, he was conferred upon the “Member of the Most Excellent Order of the British Empire” (or MBE, the third highest-ranking Order of the British Empire).

It is noteworthy to mention that in 2007, Rod King had set up “20’s Plenty for Us” [20’s refers to 20 miles per hour maximum speed limit] to assist others in communities who were wanting lower speeds and speed limits. “In countries that use km, we refer the campaign as “Love 30″. It works by empowering local campaigns and acting as a catalyst for communities to change their speed limits. It has been influential in government and transport thinking and guidance on the use and benefits of 20 mph/30 km/hour limits,” said Rod.

Now, over 500 local campaigns in UK, Ireland, USA, Canada, and Australia, are calling for 20 mph [20 miles per hour = 32.189 km per hour] limits for most roads. He has also engaged with many places implementing wide area 20mph limits, such as, the majority of the UK’s largest 40 urban authorities, all Inner London Boroughs and now the Welsh Government which is setting a national urban default limit of 20mph. In 2017 he also worked with the World Health Organization (WHO) on developing a Slow Down Day Toolkit for UN Global Road Safety Week which was used in over 1,000 campaigning events around the world.

He shares an inspiring quote from Nelson Mandela: “There can be no keener revelation of a society’s soul than the way in which it treats its children” and adds “…that must be the question we ask of politicians. Who do they treat better: the child who wants to walk or cycle to their school or the adult who wants to drive to work? Who gets the priority in protection whilst on a journey? What is the ‘nature of our soul’ if we collectively spend billions on car, motorbikes and public roads, yet maintain an environment in most of our communities where children will die if they make a mistake on our roads.”

Everyone loves a safer road. That is why he further added: “Reducing road danger on our roads is not difficult. But we all, and especially politicians, need to stop looking at streets from through the lens of a car windscreen. We need to crouch down at the side of a road to the height of an 8-year-old and see what traffic at 50 km/hour or 60km/hour looks like. And at 50km/hour that vehicle is approaching at a scary 14 meters every second!”

“Once we start talking about what we can do as politicians, as professionals, as drivers, to travel a little bit slower, then we will make our communities much better, as well as safer places to be. Some say that drivers are the problem, but implicit within that is ‘drivers are also part of the solution’ to road danger. The foundation for bringing liveability and reducing untimely death-ability in our communities is a 30 km/hour speed limit for most urban and village roads with exceptions only where segregated facilities and crossings exist for pedestrians and cyclists. Our streets become safer for children and everyone with the setting of 30 km/hour limits. The benefits are huge for all sections of the community including drivers. Yet evidence shows hardly any difference in journey times which are far more determined by how long we are stopped at congestion points than maximum speed,” added Rod King. 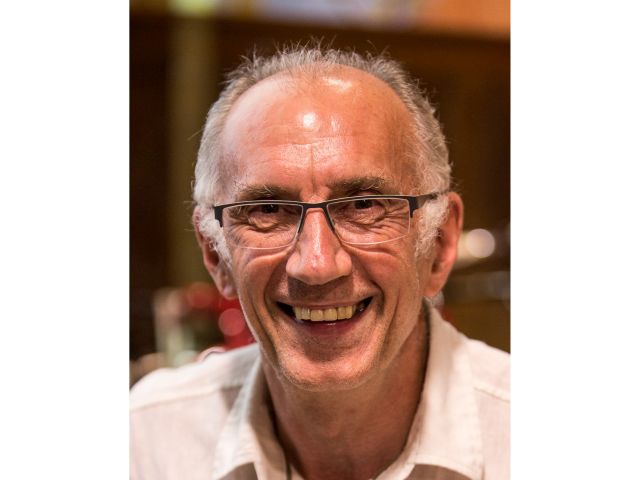 He is right. In my experience in India and Thailand, the time it took for me to commute 15 km distance by a car shows that average speed was less than 30 km/hour. I went back to cycling in June 2014, got confidence and sold the car in August 2015, and did not even renew my driving license when it expired in July 2018. Safe, comfortable, accessible, and affordable public transport with safer spaces for cycling and walking is an absolute must if we are to avert untimely deaths, and human suffering caused by road traffic crashes year-after-year.

Rod King makes another strong point: “Lower speed limits for urban areas are one of the cheapest and most easily implemented interventions possible. That is why a default urban 30 km/hour maximum speed limit is the focus of UN Global Road Safety Week from 17-23 May 2021.” He also adds that “A lower default urban 30km/h limit not only saves lives but encourages active travel, reduces noise and reduces pollution. It makes those public spaces between buildings that we call streets far more pleasant places to be.”

ONLY 118 MONTHS LEFT TO KEEP THE PROMISE

We must remember an important milestone of August 2020 when heads of governments at the United Nations General Assembly adopted the resolution with road safety commitments in line with Stockholm Declaration for the next decade of 2021-2030. One of the promises of the past decade was to reduce the road traffic accident deaths and injuries by 50% by 2020. Many countries or cities have failed to keep this promise. On a positive side, governments have again resolved to reduce road traffic accident deaths and injuries by at least 50% by 2030. And the key learn from the last decade of road safety is that we need early and effective changes at the start of the decade rather than hand-wringing at the end. And that is why the UN has put default urban 30km/h limits as the foundation of the 2nd Decade of Action on Road Safety. There may be 118 months to keep our promise, but the time for action and setting a new urban default of 30km/h as proposed by the UN and WHO is 2021 and no later.

(Bobby Ramakant is a World Health Organization (WHO) Director General’s WNTD Awardee 2008 and part of CNS and Asha Parivar teams. Follow him on Twitter @bobbyramakant or read www.bit.ly/BobbyRamakant)