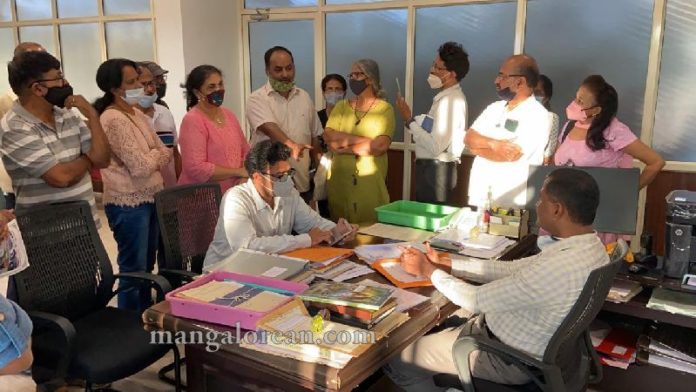 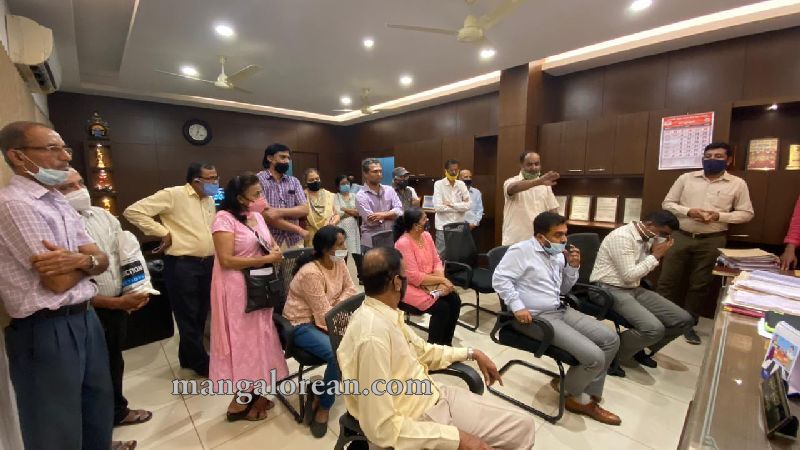 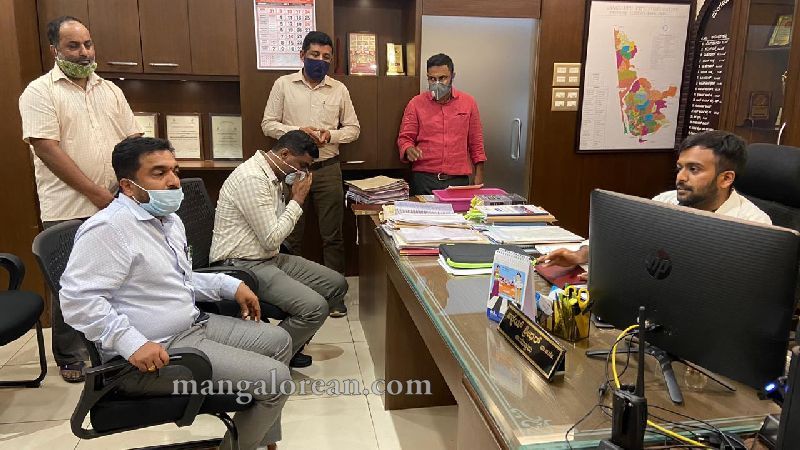 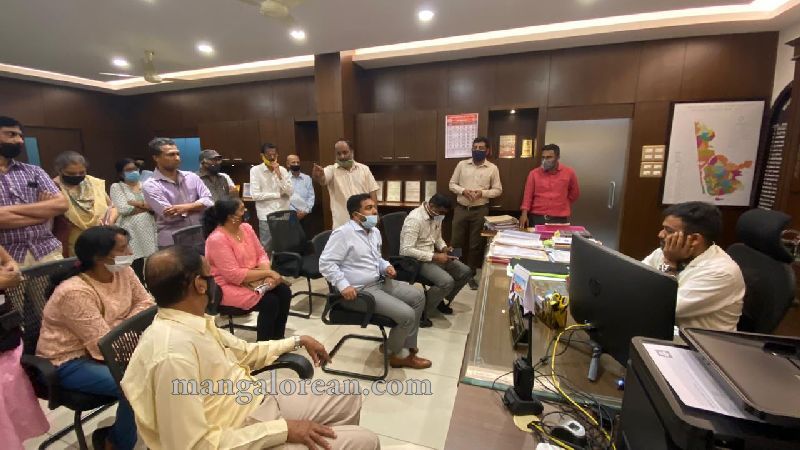 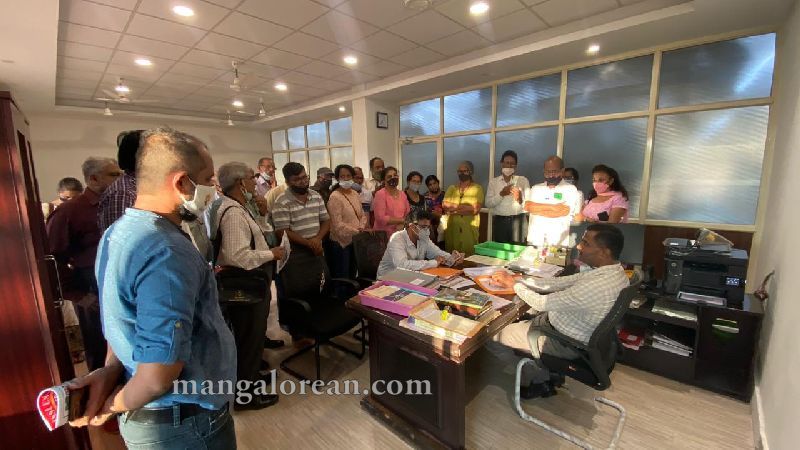 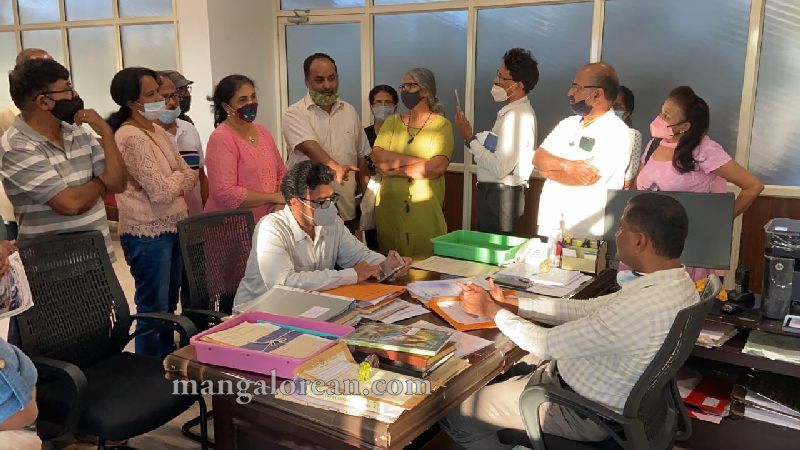 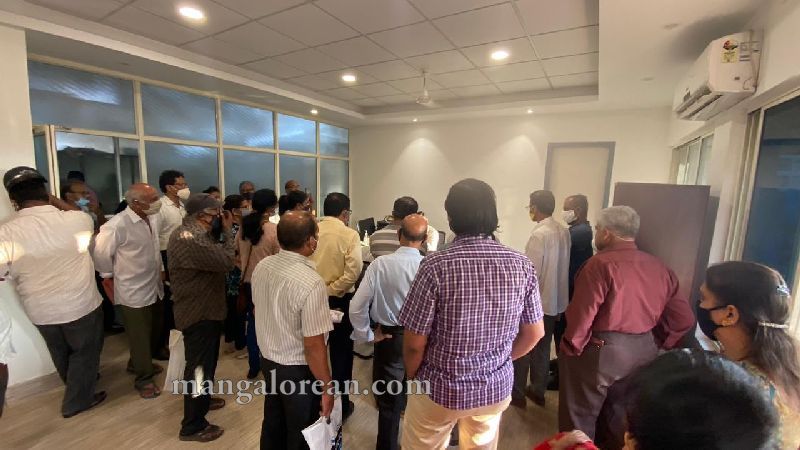 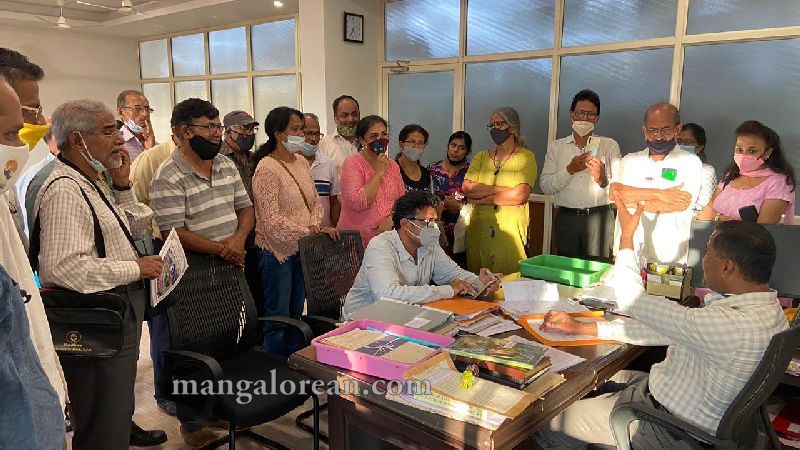 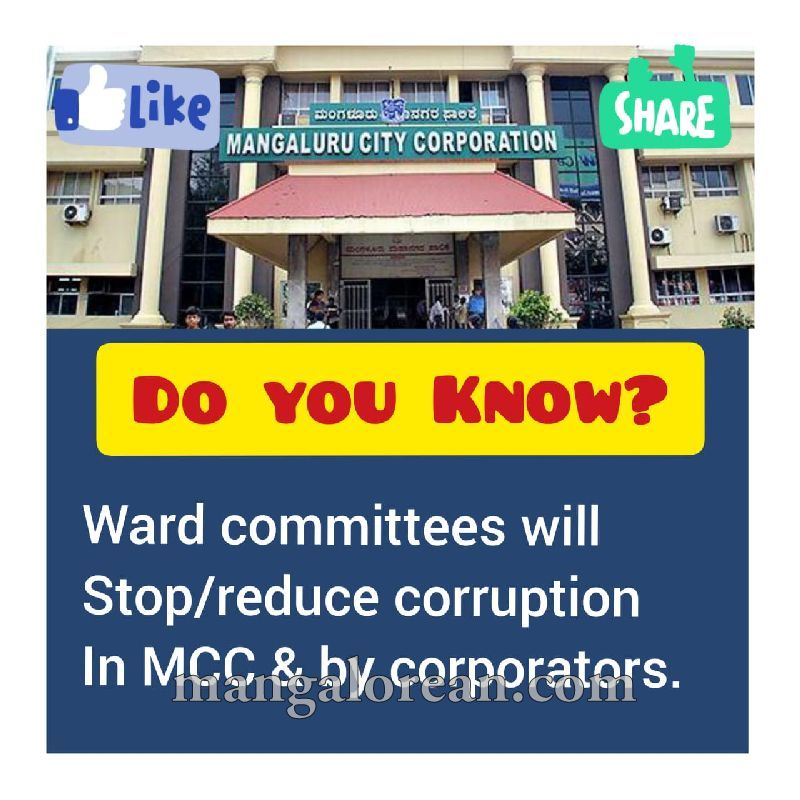 MCC Civic Group which has been putting lots of efforts in forming the AS & WC after winning the battle in High Court in 2020, decided the meet MCC Commissioner Akshy Sridhar to find out what was the delay in implementing AS & WC, which has been nearly a month after nearly 1300 people had applied to become members of AS & WC. In the meantime, Social activist Arun D’Souza, who started the petition to MCC commissioner Akshy Sridhar through change.org, has demanded that the ward committees be formed in 60 wards of the city corporation immediately.

“52 Signatures in 24 hours! We are getting strong support from the community, please continue to share widely to ensure the MCC hears from the people,” D’Souza had appealed to people. “Formation of ward committee at the earliest is a vital part of the true progress in Mangalore as it will help avoid siphoning off money for untoward projects which don’t benefit the citizens,” commented Hilda Pais. (Ref: MCC Council Meeting Approves Formation of Ward Committee & Area Sabha! Kudos to MCC Civic Group )

Nigel Albuquerque, one of the founder member of MCC Civic Group had submitted the following Recap of the meeting with the MCC Joint Commissioner (Administration) Dr Santhosh Kumar and MCC Commissioner Akshy Sridhar:

Over thousand two hundred Ward committee applications have been submitted by Dec 4th, 2020. January 4, 2021, marks a month since the passing of that milestone and unfortunately, we haven’t heard an update yet. The MCC civic group under the leadership of Nigel Albuquerque and Ajoy D’Silva swung into action, ensuring that this constitutional right should not be unnecessarily delayed by the bureaucracy. Through the use of social media tools like Facebook and WhatsApp, the team mobilised roughly 30 like-minded citizens who had the opportunity to meet the joint commissioner and commissioner after an agonising wait of over 2 hours. These citizens come from all walks of life and all age groups, each motivated to get ward committees the attention it deserves from the administration. (Ref: Judgement by High Court favours MCC Civic Group to form Ward Committees & Area Sabhas)

After meeting the joint commissioner, we waited an additional hour to get a hold of the MCC commissioner. During this meeting, citizens voiced the need for expedited processing of the applications and also a definitive timeline from start to finish. The commissioner provided an understanding of the process involved, the various moving parts and the challenges that impact and affect the Ward Committee selection process. The MCC civic group pressed for a timeline so that we have clarity on when ward committees will get practically started. To this, the MCC commissioner gave a timeline of mid-February for the completion of the process end to end.

Nigel Albuquerque pressed ahead with targeted questions regarding the selection team and the need for unbiased selection of Ward Committee members and the need for fairness in the selection process. The MCC commissioner indicated that the political entities would be given an opportunity to provide their feedback on the ward committees applicants. The MCC civic group flagged this and strongly suggested that this is antithetical and would defeat the purpose of the Ward Committee. Such feedback will almost certainly result in the politicians trying their best to remove citizens who have the best interests of the Ward at heart since such citizens would be vigilant and bring accountability to the politicians who have been used to unilateral decision making that has little to do with efficient use of taxpayer resources and the needs of the residents of the Ward. The thought being why would a person encourage critics of their shoddy work? The commissioner did ponder and indicated he was open to suggestions. (Ref: MCC Civic Group & Karnataka Ward Samithi Vedike (KWSV) Stress On Candidates Contesting For MCC Council Election To Form Area Sabha & Ward Committee)

The MCC commissioner further added that the selection committee would be composed of officials from the MCC and when pressed with objections from the group, asked us to trust the system and the officials. The group shared their scepticism of such an opaque selection process and implored for transparency and the assurance that the best candidates find a place in the Ward Committees. Mangaluru has been severely degraded by the corporators’ decisions and plans and the ward committees have to provide the necessary checks and balances. (Ref:  MCC Civic Group Hosts Area Sabhas & Ward Committees Workshop for Better Future of ‘Smart City’ Mluru)

Next point of discussion revolved around the criteria for Ward Committee membership and the need for the ability to move excess eligible Ward Committee applicants to a ward that may have deficient numbers should the need arise. The selection criteria for corporators were also highlighted and parity requested by the group to ensure fairness. Post discussion, Nigel also added that Area Sabhas, ward secretaries and other similar constitutional positions need to be filled and created as soon as possible. The MCC commissioner indicated the process will coincide with the Ward Committee timeline.

30 Ward Committee APPLICANTS were present. Half the number met Akshy Sridhar, IAS for an hour, and Everything Akshy Sridhar, IAS said to us appeared positive. We will closely watch the action behind those words. But particularly the Ward Corporator input we do not trust at all! The Selection Committee will consist of 3 or 5 Senior MCC Officials. 60 Ward Committee SECRETARIES and 121 Area Sabha NODAL OFFICERS will be nominated as soon as the 600 Ward Committee MEMBERS are finalized. Diverting excess applications to neighbouring Wards in the deficit will be examined. Opportunity to complete incomplete applications will be examined depending on the deficit. An affidavit will NOT be ground for disqualification. Eminent Citizens in the Selection Committee are ruled out as arbitrary. 600 Ward Committee MEMBERS should be finalized by January 2021.

60 functional Ward Committees and 121 functional Area Sabhas by 15th February 2021 after calling for objections. The final call will be of the Selection Committee. Overall the meeting with Dr Santosh Kumar, Joint Commissioner (till Akshy Sridhar returned) who’s entrusted the task woke them up from their casual approach to getting serious. Thereafter we met the decision-maker Akshy Sridhar. The idea was to show MCC Commissioner that it’s not only 2 or 3 individuals demanding for Ward Committee and Area Sabha in MCC and that there are many concerned citizens and if required, we will organize many more concerned citizens

Prior to MCC Civic Group members who had a meeting with MCC Commissioner, speaking to a reporter MCC commissioner Akshy Sridhar had said that MCC is sorting out applications based on reservations since each Ward Committee should consist of members from various sections of the society. “We are scrutinising all applications received in each ward based on reservation. Members of the ward committee should be the permanent residents of the respective wards. We cannot appoint citizens as members of a ward committee if they are not residents of the particular ward. We are expediting the process and will finalise it soon,” added Akshy Sridhar.