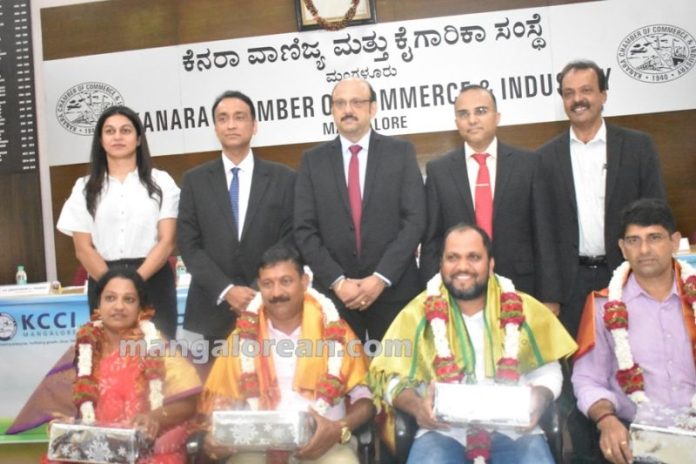 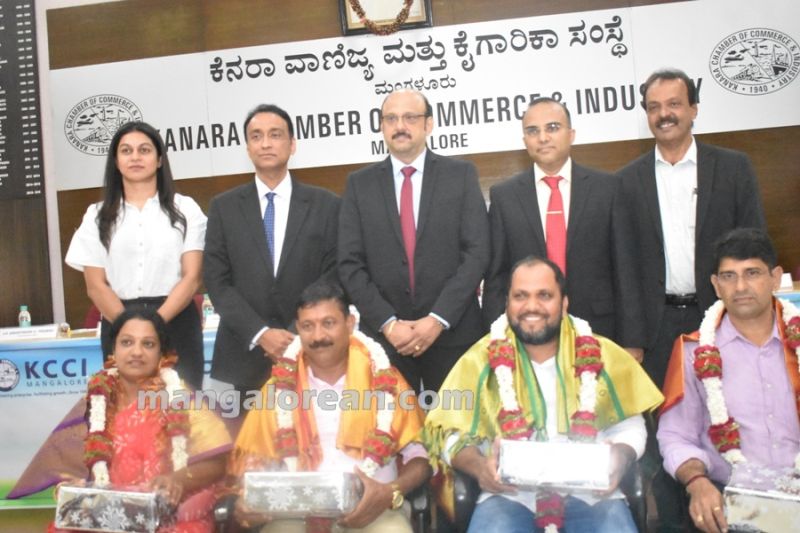 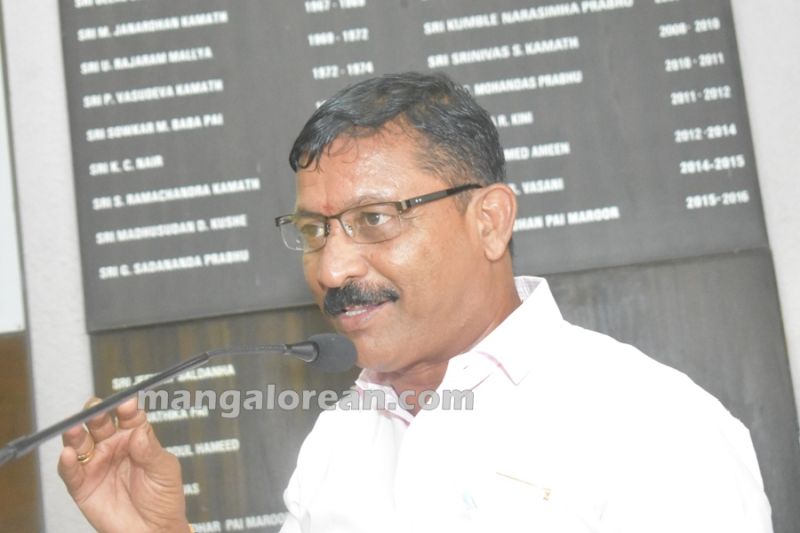 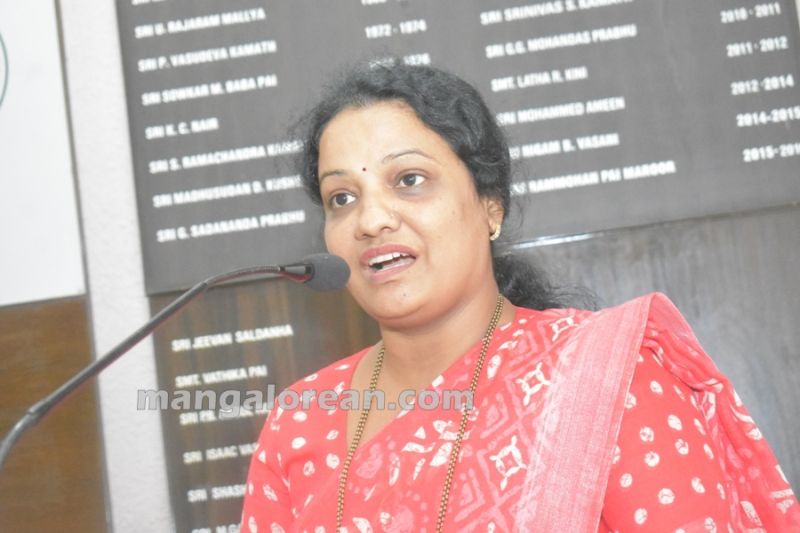 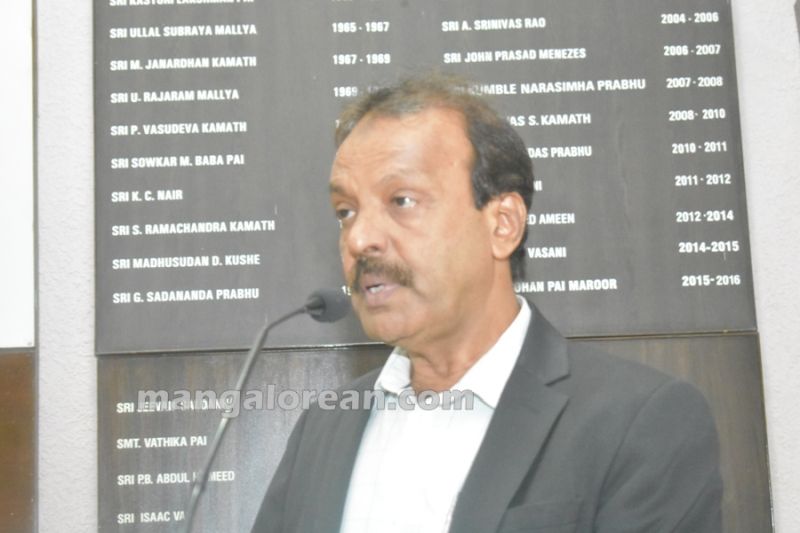 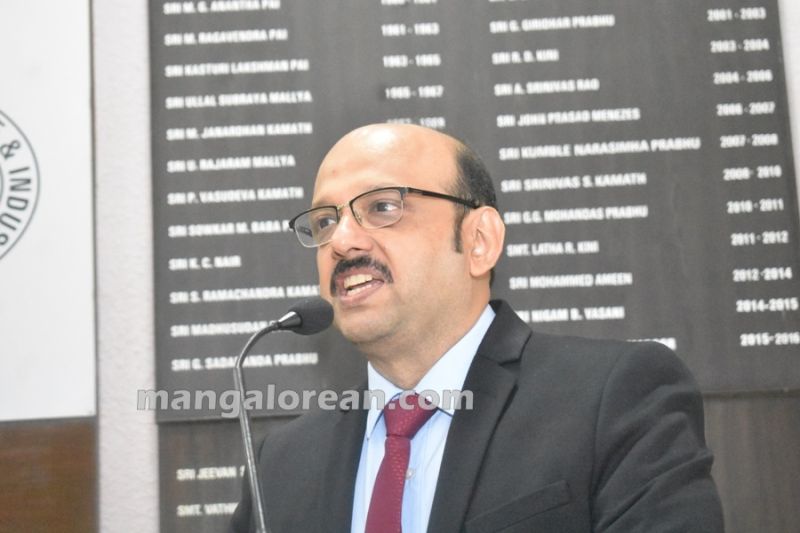 KCCI President M. Ganesh Kamath delivered the welcome address. KCCI Vice President, CA Ananthesh V. Prabhu introduced the guests to the audience. The vote of thanks was delivered by Hon. Secretary of KCCI, B.A. Nazeer. The programme was compered by Mytreya A, the Chief Operating Officer at KCCI. Mayor, Dy. Mayor and Corporator addressed the members present on the occasion and applauded the good work done by KCCI for the development of the City and Community. Hon’ble Mayor & Ex-Mayor answered the questions of the members present. Ganesh Kamath in his welcome address congratulated the new Mayor for taking over the post. He also welcomed and congratulated the other guests of honour for their contribution to the development of the city.

M. Ganesh Kamath in his speech raised a few issues before the Mayor, like raising certain concerns pertaining to the industry, KCCI President mentioned that the solid waste management cess on industries is too high in Mangaluru as compared to the rest of the state. Moreover, there is no differentiation between commercial/residential units leading to a huge disparity in taxation; Another area of concern is the non-allocation of Khata and door numbers to the establishments in Baikampady industrial areas. This has been a long pending matter as the units located there are paying annual maintenance charges to Karnataka Industrial Areas Development Board (KIADB) which is authorized to give approvals to building plans and also maintain infrastructure and other facilities. Hence there is confusion prevailing overpayment of Self Assessment Tax (SAS). An amicable solution to the same has to be found at the earliest. 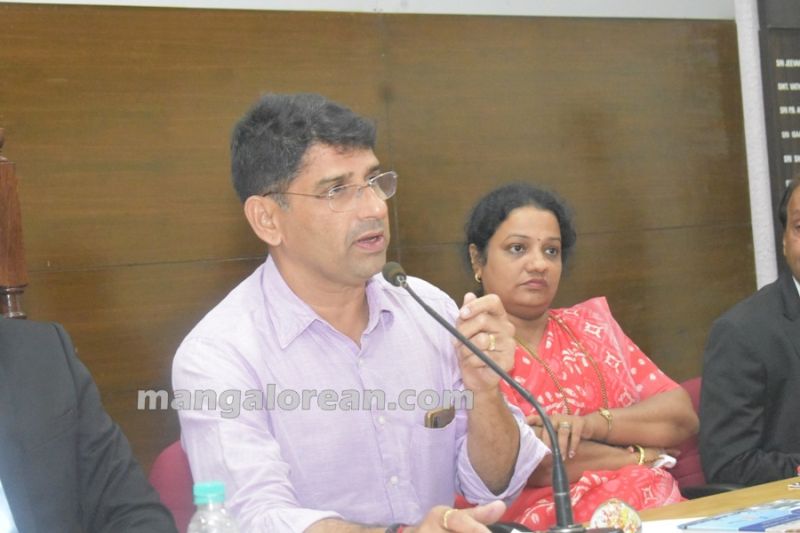 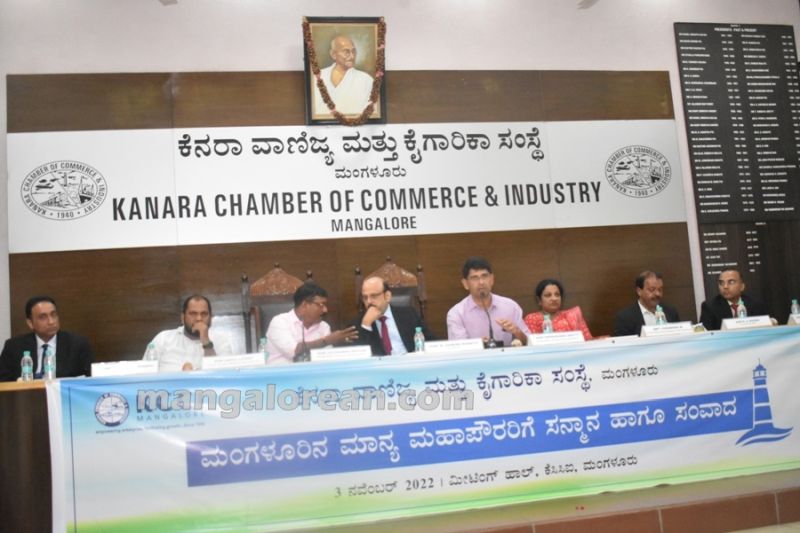 A few members of the audience also raised a few issues that could be rectified by MCC. H R Alva said, ” It’s sad to note that decades-old trees are being cut for development work. These trees give us shade and provide clean air and oxygen. We need to save trees and keep the City green. More trees should be planted, in case there is a need to cut trees for road widening. Proper planning should be done in order to save trees from being axed during development work”. Former President of KCCI Shashi Maroor said, “Developmental work is not done in a scientific way. There is no proper follow-up and execution of the work is lacking. The Kadri Park area is progressing at a slow pace, and street vendors have already encroached on the newly done footpaths. MCC should keep accountability on the work progress”.

CA Nandagopal Shenoy, also a former board member of KCCI said, “When it rains the city gets flooded in many areas since the drainage is not done in a systematic way. Water doesn’t flow, instead pours into the street. MCC should implement a 3-digit phone number just like 112, in order to give complaints on emergency issues, like drainage overflowing, flooding, damaged roads, etc. Also, the Mangalore Property Tax Assessment site should be under proper security, where no personal information of a land owner should be made available to others which is happening now”. Yet another former KCCI board member said that a pay-toilet should be constructed near the KCCI/Bunder area, which will be helpful to the people since there is none at the moment”. 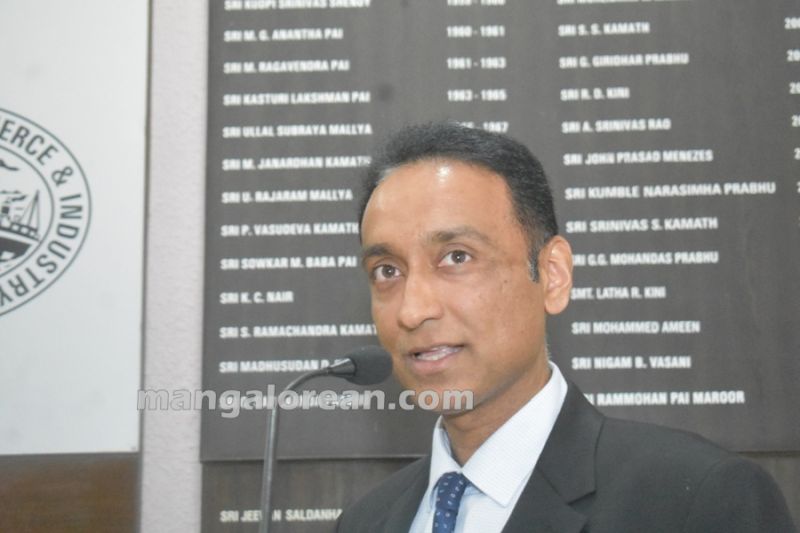 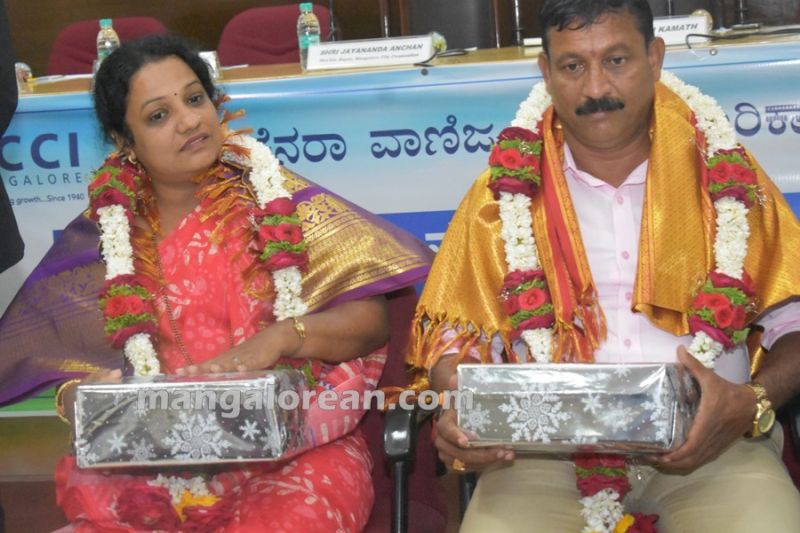 The Mayor in reply said that all the issues that were put forth by the audience will be rectified at the earliest, and requested the Citizens to work with MCC in the development work and make Mangaluru a best and most peaceful City to live in.