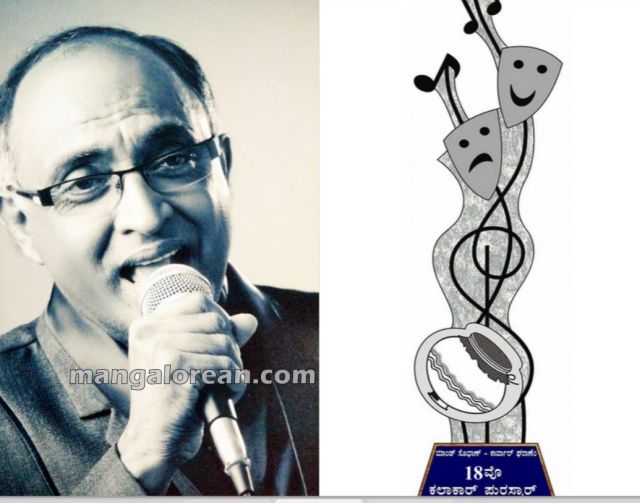 Mangaluru: Konkani music yodelling king Melwyn Johnson Peris has been selected for the 18th edition of Kalakar Puraskar presented by the Carvalho Family and Mandd Sobhann.

Melwyn, who started singing at the age of 6, wrote lyrics to songs at the age of 16. In the name of ‘Peris Nite’, he has been entertaining people through Konkani Nite style musical evenings. He earned the title of Yodeling King from the people of Konkani due to his yodelling technique. So far he has staged 109 Nite shows organised by various organisations including his own production house ‘Sangeet Ghar. He has the credit of sharing the stage with most of the Konkani singers, senior and junior. In 2018 more than Rs.45 lakhs was collected through his ‘Sentimental Nite’ for the treatment of poor cancer patients. He also responded to the needs of society through many other musical nites.

He composed over 700 songs and over 300 devotional songs. These devotional songs are imprimatur by the Diocese and are being used by devotees all over the world in their religious activities. Member of the Angelore church choir for more than 41 years and choirmaster for 30 years. His video songs are also popular in Tulu. He has published five books of his songs, ‘Madhur Podam’ 2 volumes and ‘Suvalo’ in 3 volumes.

Melwyn has created 30 audio CDs, 21 devotional audio CDs and 1 video CD. Other 50 video songs are available to watch on his YouTube channel. Melwyn, who has also made his mark in the field of acting, acted in several plays and won the best actor award twice in inter-church drama competitions. He has acted in the lead role in the short film ‘Konn To Amche Modhlo’.

Konkani linguist Dr Pratap Naik S.J., in the name of his Carvalho family, established the Kalakar Puraskar in 2004 in association with Mandd Sobhann to honour Konkani artists of Karnataka origin.

Melwyn Peris will be honoured with a shawl, fruits-flowers, memento, certificate and 25,000 rupees at the award ceremony to be held at Kalangann on 6th November 2022. Philanthropist Nelson Rodricks, Dubai will be the chief guest.