A few days ago when Team Mangalorean had interacted with Mithun Rai who is among the seven candidates vying with each other, and aspiring for the post of the Karnataka State Youth Congress president, Mithun had said, “With all the hard work, dedication and commitment that I have sacrificed for so many years for the Congress Youth Party, I have full confidence that my senior Congress leaders will have faith and trust in me by giving the prestigious post of President of State Youth Congress”. 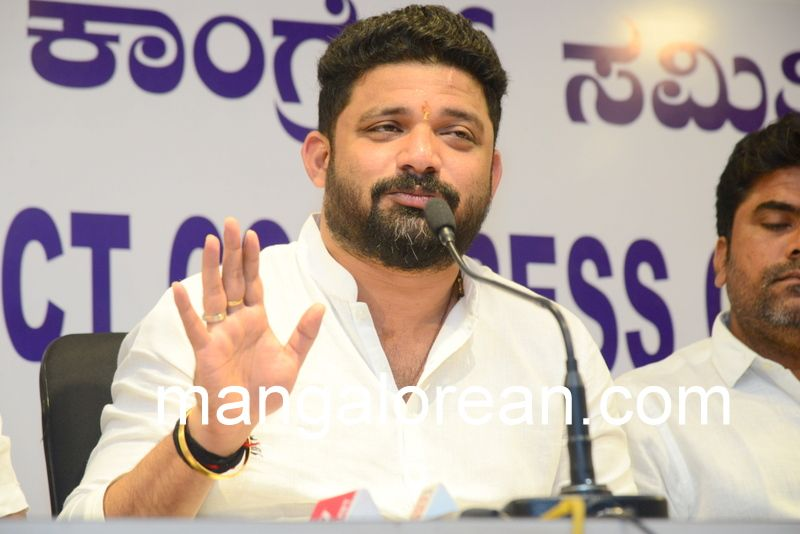 It should be noted that Mithun Rai had lost the election when he had earlier fought the parliamentary election from Dakshina Kannada constituency on behalf of the Congress. But this year for the post of state president of Youth Congress quite a few candidates have shown keen interest and vying for that post, when the election will be held online between 10 January and 12 January. Among the few candidates who are vying for the post are Mohammed Haris Nalapad, son of eminent MLA, N A Haris; Raksha Ramaiah-the Youth Congress Media coordinator; and Manjunath- the NSUI State President, among other four candidates. It is learnt that the Youth Congress membership in the state is around four lakh. Out of nine candidates interviewed by a committee including the National President of the Youth Congress in New Delhi, seven were selected, and Mithun Rai was one among them, and Mithun had already started his campaign through social media in large scale hoping to bag the prestigious post of State President of State Youth Congress. Buta s of Saturday, 9 January Mithun had issued a statement stating that he has withdrawn from the election on the advice of KPCC president D K Shivakumar.

His message on his Facebook account stated “Dear Friends, as you all know elections for Karnataka state youth Congress committee will be held from January 11 to 13, 2021. However, being closely associated with KPCC president D K Shivakumar, I am withdrawing my candidature from the election for the post of president as per the direction of KPCC president. Therefore, I request every one to take an active part in the Youth Congress elections”.