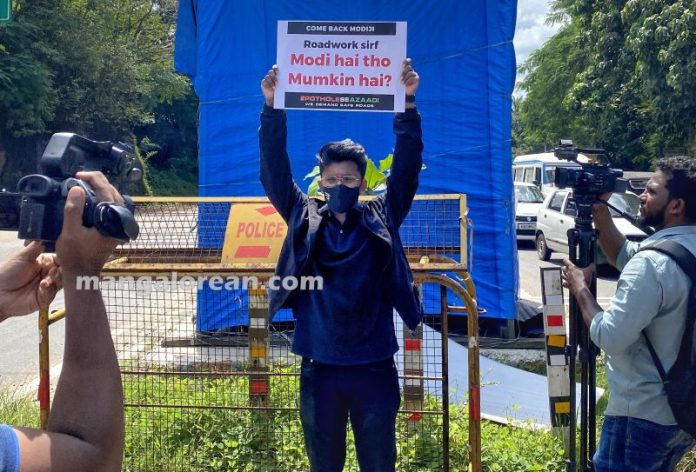 Mangaluru: After his close friend 20-year-old Aathish had died while riding his motorbike, trying to avoid a pothole near Bikarnakatte – Kandettu cross in the City on 7 August 2022, Likith Rai has been raising his voice through his lone protest against the negligence of NHAI and MCC authorities about numerous potholes, which are creating safety hazards to motorists, especially two-wheeler riders. Rai had staged a protest earlier in front of the Mangaluru City Corporation building on 12 August urging the concerned authorities to fill the potholes, so that no lives are lost, and also do justice to the death of his pal, Aathish. 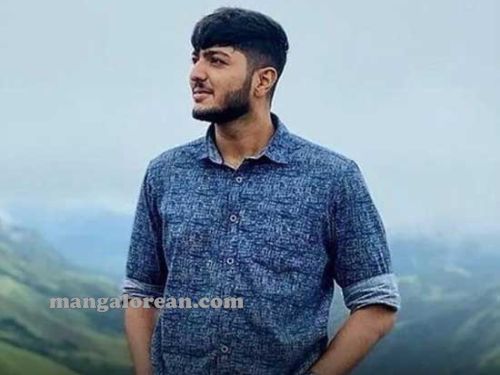 With no action taken either by NHAI or MCC, Likith Rai once again raised his voice being a lone pothole-crusader by staging a protest near the Nanthoor junction on Wednesday, 28 September, against the pathetic condition of National Highway and city roads, still filled with potholes. Holding a placard saying ‘Modi hai tho Mumkin Hai? (Modi Makes it Possible?) demanding the immediate restoration of potholed roads. 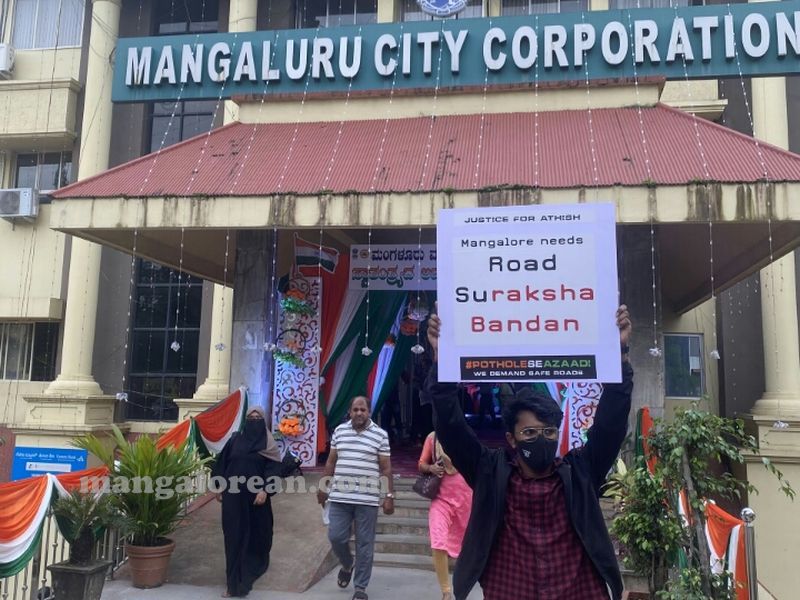 During his protest near Nanthoor junction, Likith Rai said, “The National Highways and city Roads are full of potholes. The Work on filling up the -potholes was taken up quickly during PM Modi’s recent visit, however within a week the potholes reappeared again, and this shows the shabby and carelessness of the work undertaken by our city authorities and others”. 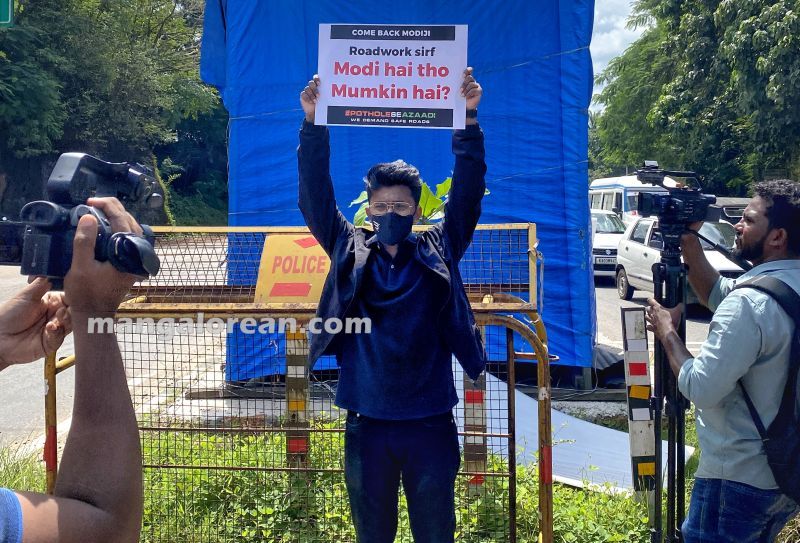 “The Kuloor bridge was given a facelift during PM’s visit but the bitumen laid on NH 66 peeled off at many places near the Kuloor bridge within a few days. Why is it that our dilapidated roads are fixed during the PM or CM’s visit, and the rest of the days they are left unattended? When PM Modi came a bunch of roads were beautified to depict Mangaluru as a SMART CITY. Let the PM come to Mangaluru via Sakleshpur road, he will surely explain his displeasure at NHAI officials for not making the highway motorable,” added Rai. 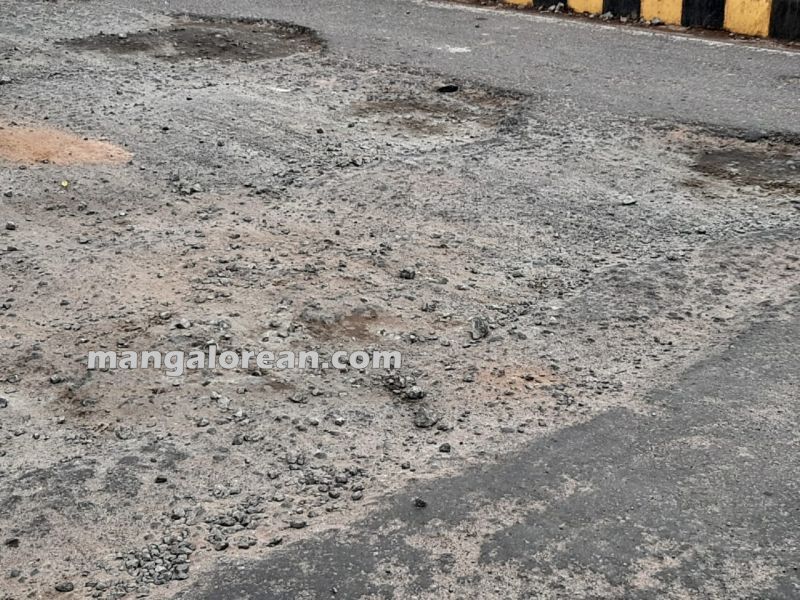 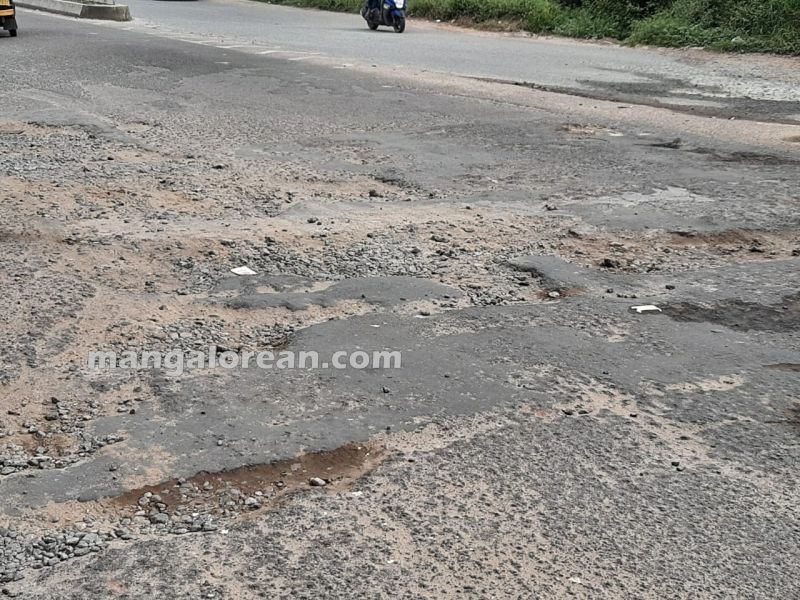 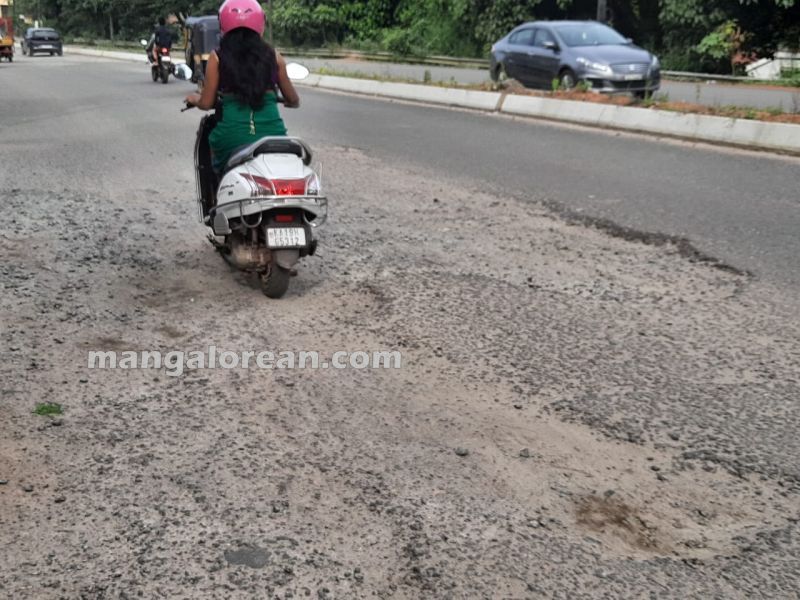 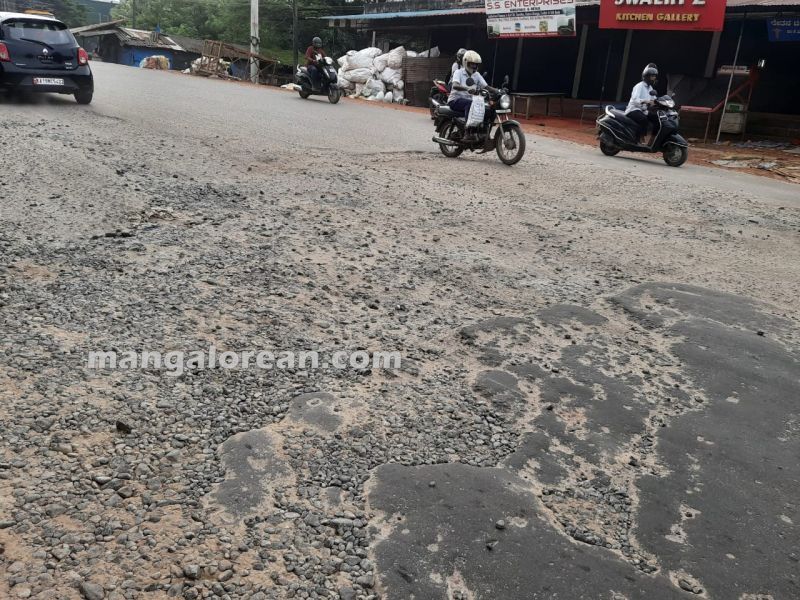 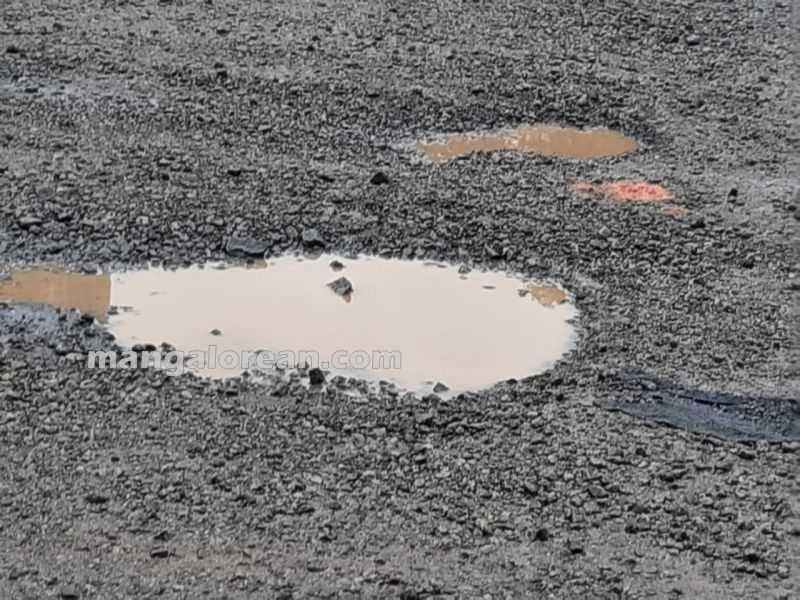 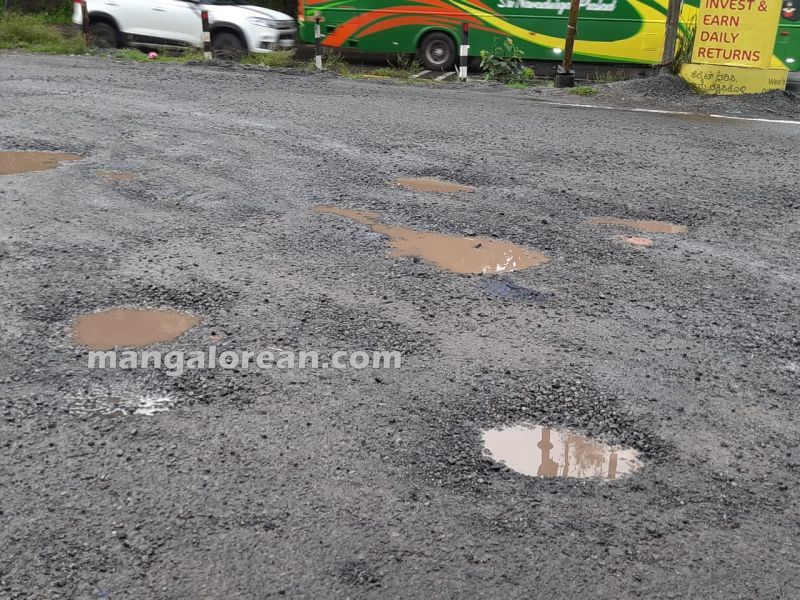 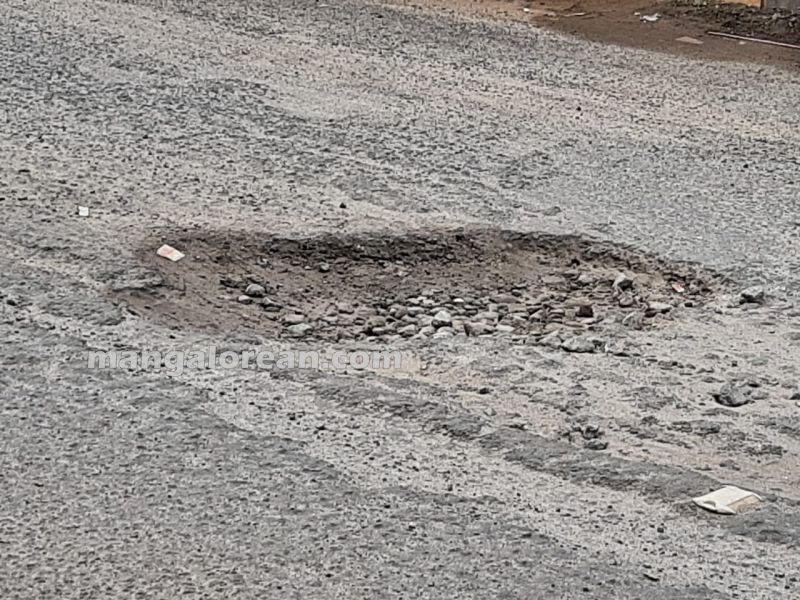 He further said, “Many people have lost lives due to potholes on Mangaluru- Bengaluru stretch from 2018 – 2020. Who is responsible for this? Why should we pay road tax for using such potholed dangerous roads? Give us the tax money that we have paid. How can we invite our relatives and friends to Mangaluru for Dasara with such poor condition of roads? The street lights are also not properly illuminated”.

“Even though I had cast my vote for BJP candidates quite a few times, I was totally disappointed with them. I have the full right to raise my voice to demand facilities for tax. Don’t we have a right to question the officials? I do not have any grudge against anyone, but I am striving to save the lives of people. It should be noted that nearly 5,000 deaths took place from 2018 to 2020 on the national highways. Therefore, the government should see that there are good roads for the safety of the public,” added Rai.

Motorists to Get Injured or Lose Lives- It’s Once Again Potholes Nightmare In Bendorewell?

The Potholes that Killed a Youth & Later Filled have Reappeared Again