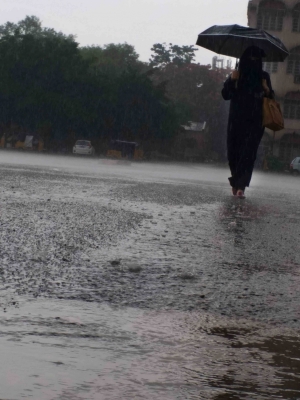 Vehicular traffic was thrown out of gear in some parts of Telangana as roads were flooded with rain water. Hyderabad Traffic police urged pedestrians and cautioned motorists to drive carefully.

The police also advised pedestrians not to stand under trees or near electric poles.

The Indian Meteorological Department (IMD) has warned that heavy to very heavy rains are likely to occur at isolated places in Nirmal, Nizamabad, Rajanna Sircilla, Bhadradri Kothagudem, Jangaon and Siddipet on Sunday and Monday.

The IMD warned of flooding/waterlogging in many parts of low-lying areas and disruption of rail/road transport in few areas.