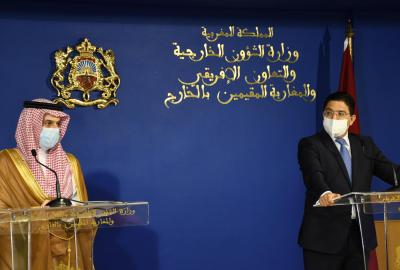 Rabat: Morocco and Saudi Arabia have pledged to boost trade and economic cooperation at a bilateral economic forum held in Casablanca, the commercial hub city of Morocco.

Morocco aims to increase its trade with Saudi Arabia to $5 billion in the next five years from the current amount of $1.7 billion, said Moroccan Minister of Industry and Trade Ryad Mezzour on Tuesday at Morocco-Saudi Arabia Economic Forum, also attended by Saudi Minister of Commerce Majid bin Abdullah Al-Qasabi.

There are various investment opportunities in both countries, Mezzour added, urging businessmen to give new impetus to bilateral trade through various projects, Xinhua news agency reported.

Al-Qasabi, for his part, said the current trade volumes are not up to the ambitions of the two countries, adding Saudi Arabia will inaugurate a new trade representation office of Saudi Arabia in Casablanca to help the private sector overcome difficulties and attract new investments.