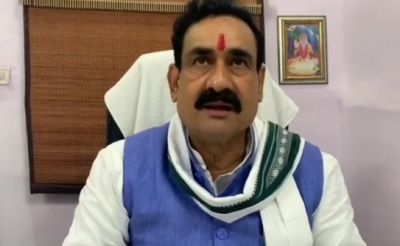 Bhopal: The excitement over Om Raut’s upcoming film ‘Adipurush’ — starring Saif Ali Khan, Prabhas and Kriti Sanon — was quite high ever since it was announced. However, just a few hours after the release of the film’s teaser, netizens began criticising it for Saif’s “Islamic” look, unconvincing VFX, and also the costumes of the other cast members.

On Tuesday, BJP leader and Madhya Pradesh Home Minister Narottam Mishra threatened to take legal action against the makers of ‘Adipurush’, alleging that the film is an insult to Hindu religion.

A statement in this regard was issued by Mishra, who is also the spokesperson of the Madhya Pradesh government.

Mishra claimed that the teaser shows Lord Hanuman wearing leather, which is different from the descriptions found in religious scriptures.

“I have seen the teaser of Adipurush. There are objectionable scenes in it. The costumes and looks of Hindu deities as seen in the teaser are not acceptable,” Mishra said.

The netizens have claimed that Hanuman’s look in the film has similarities with the Islamic attire.

A user tweeted, “Bollywood’s Hanuman Looks Like A Musalman #BoycottAdipurush.”

Another one wrote, “After 35 years, gutter Bollywood converted the ‘gracefulness’ of arrogant Ravana and Hanuman ji into Mughals.”