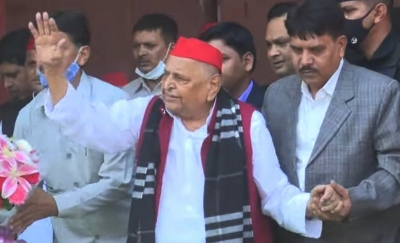 The 82-year-old former Uttar Pradesh Chief Minister has been undergoing treatment at the Medanta Hospital for several days. However, he was shifted to the ICU after his condition became serious on Sunday.

According to reports, his son Akhilesh Yadav along with wife Dimple Yadav also reached Medanta hospital after his father was shifted to the ICU.

Earlier, Mulayam’s wife Sadhna Gupta passed away in July this year. She was undergoing treatment at a private hospital in Gurugram for a lung infection.

Sadhana was Mulayam Singh Yadav’s second wife. His first wife, Maalti Devi passed away in 2003. Maalti Devi was the mother of Akhilesh Yadav.