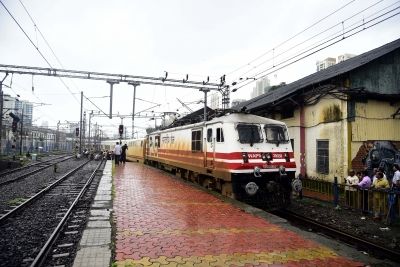 Mumbai Central terminus to be renamed after Nana Shankarsett

The move comes nearly 10 months after the Maharashtra Cabinet cleared a proposal to the effect in March 2020 and forwarded it to the Centre.

“Since past 6 years, I have been engaged in writing letters to all concerned departments in the Centre and various ministers, including Union Home Minister Amit Shah and finally it has been approved. This is a matter of great pride that the important terminus shall be named in honour of Jagannath (Nana) Shankarseth,” Sawant told mediapersons.

The central government has already initiated the renaming process, as per a communication from Union Minister of State for Home Nityanand Rai to the Shiv Sena’s South Mumbai MP.

Constructed in 1930, the WR terminus was originally known as Bombay Central, and renamed as ‘Mumbai Central’ in 1997 after the state changed the name of Bombay city to the native ‘Mumbai’.

Later, in 2018, the station code was changed to MMCT for the terminus which serves the origin point for important trains serving north and north-west Indian states like Gujarat, Madhya Pradesh, Rajasthan, Uttar Pradesh, Delhi, Haryana, Punjab, Jammu & Kashmir, besides Maharashtra.

Born into an aristocratic priestly family, Jagannath Shankarseth Murkute (Feb.1803-July 1865) diverted his interests to become a renowned businessman, social workers and philanthropist of his era.

He ranks amongst the early fathers of Mumbai who played a key role in the development of city around 200 years ago and laid the foundations enabling it to attain the current status as the country’s commercial capital.

In 1845, Shankarseth, along with other legends like Sir Jamsetjee Jeejeebhoy, formed the Indian Railway Association and negotiated with the British rulers to bring the railways to India, which finally materialized on April 16, 1853.

Accompanied by other prominent personalities, Shankarseth travelled on the historic Mumbai-Thane journey of the maiden railway line on the Indian subcontinent that day.

Over the years, he also contributed to setting several educational and public institutions, contributed or arranged huge donations to leading museums, libraries, scientific institutions and other important organisations, many of which stand even today.