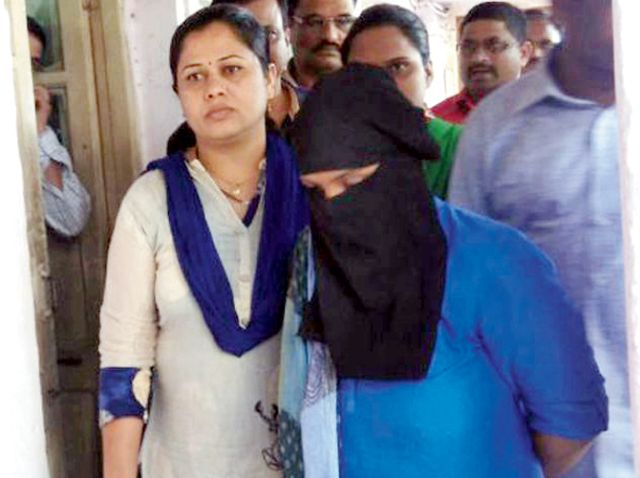 A 38-year-old woman has been nabbed by the Kurla GRP for pushing 56-year-old Deepak Patwa to his death on the tracks at Mulund station on Saturday. Identified as Manisha Khakdiya, she was arrested yesterday from her Mahul home. The April 21 incident happened after Patwa accidentally bumped into Khakdiya at the station. Though he apologised immediately, she pushed him angrily. He fell on the track and was run over.

In her statement to the police, Khakdiya has said that she did not intend to kill Patwa but was angry that he’d touched her, while admitting that he had apologised. She added that the other man who pushed Patwa was not known to her and was just another passenger who’d intervened after seeing her shouting at Patwa.

Sequence of events
As per the police, Khakdiya, her cousin and her cousin’s mother had come to Mulund to buy ayurvedic medicines. She had forgotten her purse on the train and, hence, taken another local to Kalyan but, on reaching there, was told that the train in which her purse was had left for Titwala. She went to Titwala, got her purse and returned to Mulund.

Her cousin and her mother were standing on a bridge and Khakdiya was climbing up when Patwa bumped into her accidentally. He said sorry and went his way. Angry, she got back down on platform number 3 and slapped Patwa a few times while yelling at him. The other commuter intervened then and pushed Patwa, who then pushed the man in retaliation. However, Khakdiya came from behind Patwa and pushed him again. He fell on the track and was run over.

The police said Khakdiya forgetting her purse on the train is what helped them to track her down, as she had spoken to an RPF constable, who’d told her to call on the police helpline, which she had done.

The RPF constable told the GRP about this, and they got her number after going through the call detail records. Her sister, who was with her that day, has been made a witness in the case.