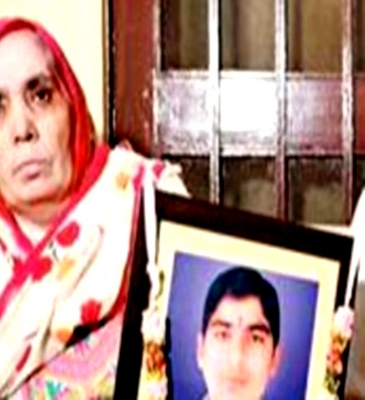 Memories of the 2013 Muzaffarnagar riots will return to haunt the upcoming by-election in Khatauli.

Muzaffarnagar (Uttar Pradesh): Memories of the 2013 Muzaffarnagar riots will return to haunt the upcoming by-election in Khatauli.

Suresh Devi, mother of Gaurav – one of the two boys who was killed by a mob which triggered off riots in Muzaffarnagar – has filed her nomination as an independent candidate in the by-elections in Khatauli.

The seat was declared vacant after the disqualification of BJP MLA Vikram Saini who was convicted in the riots.

Ravinder, husband of Suresh Devi and father of Gaurav, told reporters that the BJP leaders took advantage of Sachin-Gaurav killings in every election.

“We will not let them take advantage of the Muzaffarnagar riots in which we have lost two young sons. They promised us a lot, but did nothing. Now, we will fight the bypoll. We are going to contest the elections in the name of communal harmony,” he said.

He further said, “Our family members had been booked. We did not get any help. The BJP leaders come to the village to pay tribute to Sachin and Gaurav only for photo opportunities.”

The incident in which Gaurav and his cousin Sachin were killed, led to violent clashes between the members of the two communities, leaving over 60 people dead and at least 50,000 homeless.

Meanwhile, Vikram Saini, former MLA, said, “I had gone to jail for them and he (Ravinder) was given an honour to be part of the Railway board just after our party (BJP) came to power. His allegation is fuelled by political ambitions.”