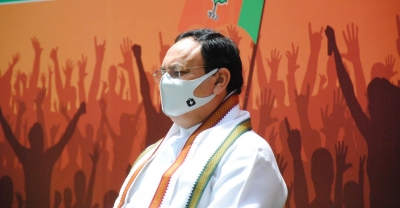 New Delhi: Before the much-awaited cabinet expansion of the Modi government, the first in the second term, the residence of Prime Minister Narendra Modi at 7 Lok Kalyan Marg is abuzz with activities. An important meeting is going on at PM’s residence for which BJP National President J.P. Nadda has arrived.

BJP sources say that before the cabinet expansion to be held at Rashtrapati Bhavan at 6 p.m., Prime Minister Narendra Modi would like to meet with the new ministers at his residence and apprise them of his expectations.

Portfolio distribution is also likely to be discussed in the meeting.

This time, the number of women ministers in the Modi government is likely to increase. Apart from Anupriya Patel, Delhi MP Meenakshi Lekhi, Haryana MP Sunita Duggal, and Karnataka MP Shobha Karandlaje are likely to be inducted in the cabinet.