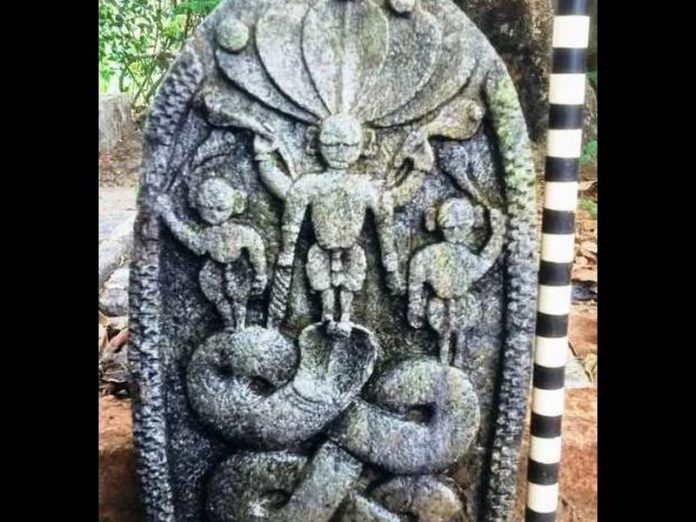 Udupi: In an archaeological exploration in Nandalike village of Karkala taluk in the Udupi district, a rare sculpture of Nagabhairava has come to the notice of the team headed by Prof Murugeshi T, associate professor in Ancient History and Archaeology, MSRS College, Shirva at a place called Kairla which was a great centre of Mahakali worship. 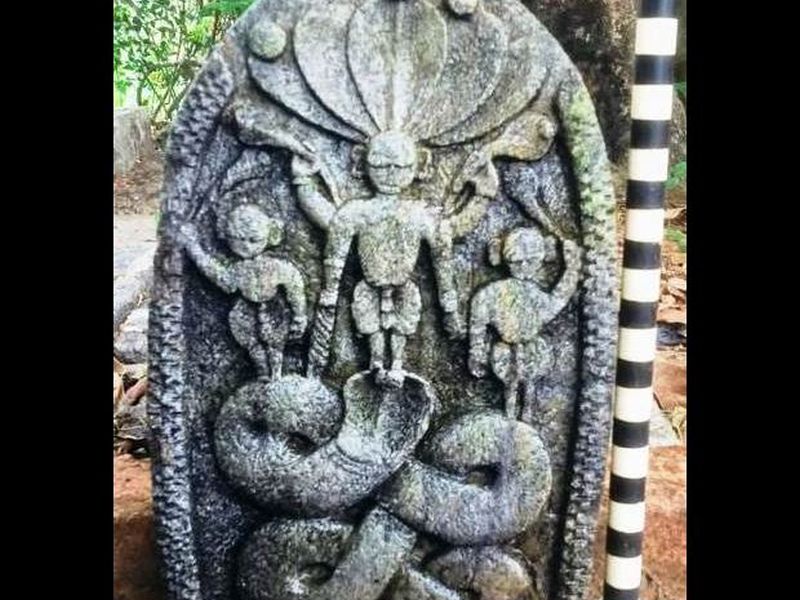 Naga images were commonly found in Coastal Karnataka, but, the association with Bhairava Cult is quite interesting says Prof Murugeshi T, in a press statement, released on October 10.

The Sculpture itself is curious by its iconography as well. It is found on a green schist stone, rectangular in shape with a conical shape on the top. At the bottom of the stone, a single hooded serpent in four knots or quarter mandala is shown, on the hood, Bhairava is depicted in a standing posture with four hands. He holds two serpents in his back hands, a Nagadanda in his front right hand and a human head in his left hand.

On the top two knots of the serpent two Nagakannikas are shown standing holding serpents. A five-hooded serpent umbrella is shown over the head of the Nagabhairava, who also wears a sacred thread and half lower garment. The entire image is in the style of folk tradition in appearance and has a close resemblance with that of the Bhairava sculpture found in Ninnikal near Nandikuru, which was a capital seat of Ballala’s of Kuthyar datable to 14th and 15th century says, Prof Murugeshi T.

The Bhairava cult was closely associated with Jain Goddess Padmavati, also a serpent goddess. At Humcha a famous Jain pilgrimage Bhairava is a Khsetrapala God. My sincere thanks to the Chota family of Kairla and my students Karthik, Dishanth, Shreyas and Gowtham.