Nailing Trunks for Free Advertising is Killing Trees! Activist Raises His Voice against Ads on Trees

Mangaluru: Posters and flexes nailed on tree trunks dot few parts of the City in the absence of any check by the authorities concerned. The practice is gradually killing these trees, say environmentalists. H. Shashidhar Shetty from City the General Secretary of National Environment Care Federation (NECF), an NGO working for the conservation of the environment and seeking immediate curbs on this practice speaking to Team Mangalorean said “Green cover is already facing various environmental challenges. On top of this, the practice of nailing posters on tree trunks for advertising is gradually killing trees,”

Shetty has raised his voice in regards to a plastic banner nailed to a tree with a call to preserve the environment by Lions Club, Barkur, in Udupi district, had invited the wrath of environmentalists. A call to conserve nature on a plastic banner nailed to trees purportedly by a social organisation in Barkur town in Udupi district has kept many people amused. The plastic banner, about three foot wide and two foot tall bearing the name of Lions Club, Barkur, was found nailed to a tree on Barkur-Mandarthi Road with the message in Kannada, “Parisara Ulisi”, (Save Environment) by Shashidhar Shetty. Team Mangalorean this morning spotted few such ads on trees, including a couple of them put up by Mangaluru City Corporation about pay car parking, opposite to Ideal ‘Pabaas’ Ice Cream shack, and the other near Karavali Utsav ground, both on Lalbagh Road. 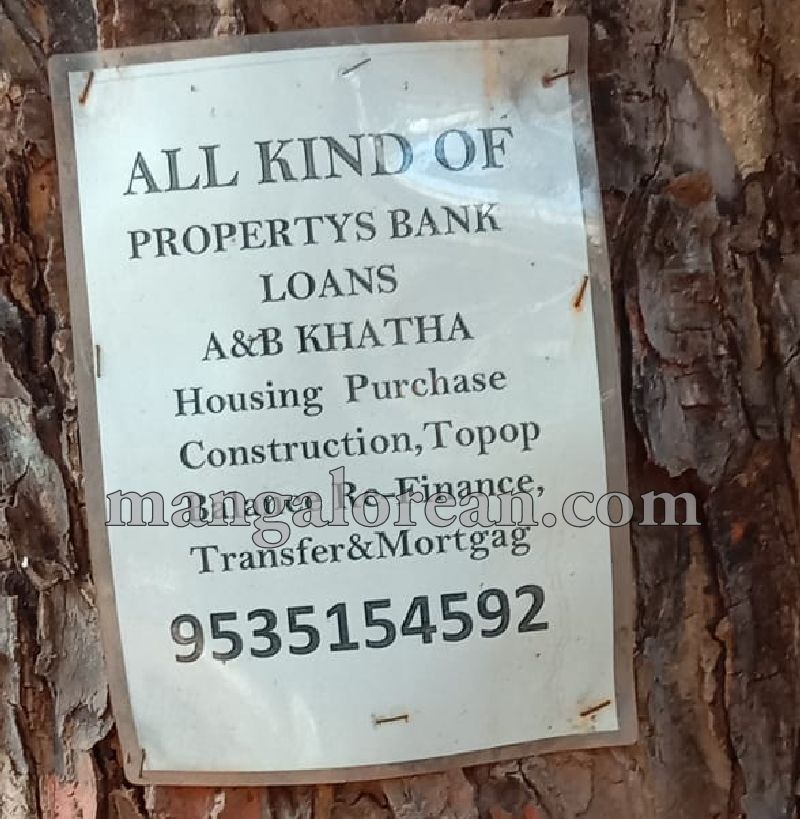 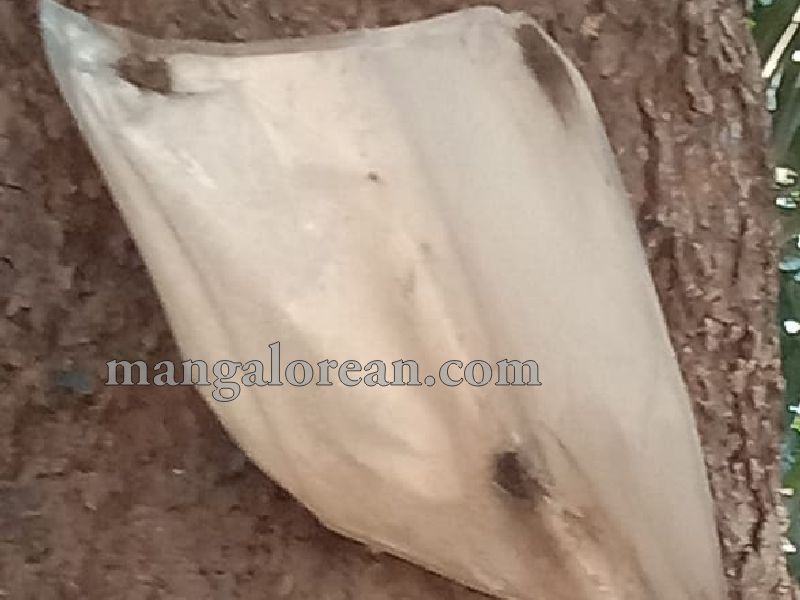 Finding one such banner while driving to Mandarthi, Shetty told us that it was an irony that a responsible organisation was giving a call to save the environment by damaging trees with three-inch nails and using banned plastic material. Despite the government prohibiting using nails on trees, such activities go on, he regretted and demanded that the organisation be made to remove the banner along with the nails. In the meantime, Barkur Lions Club president U. Kotraswamy has said that it was a newly formed club and they had little idea about displaying the material. “We used rivet nails as the material would not have remained stable if tied with ropes,” he said. “It was a mistake,” Kotraswamy admitted and said that the material would immediately be removed.

Udupi Range Forest Officer Clifford Lobo said that the issue had not come to his notice. He added that he would ask his personnel to remove the material immediately. “We have periodically been carrying out awareness campaigns and drives to remove publicity material nailed to trees. Despite this, such things happen. Lions Club could have displayed the banner with good intention; however, the mode was not proper”, added Clifford. Damaging trees, using banned plastic to save the environment 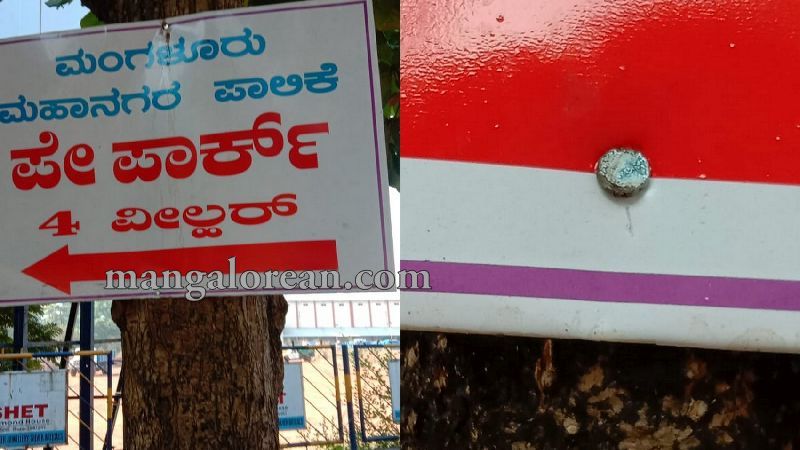 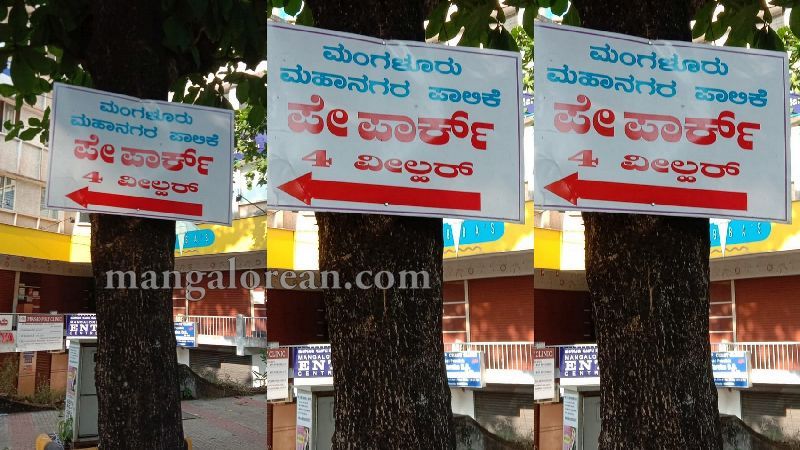 NECF, an environmental outfit, is effectively preventing people from putting ugly advertisements on the trees. The belief that you only need the will to do something gets reinforced by this unique initiative of Save Green. The outfit, active in the field of environment, removes posters and advertisements from trees in the city when they see them. Upon spotting a tree with a poster stuck to it, Shetty had reached out to the offender and ordered them to remove it. “A lot of times people think ‘What can he do. He is just an environmentalist cum activist’. But I know what I am doing. Many times, people tell me that the MCC/Forest department has given them permission, I know they are lying. The Forest Department or MCC doesn’t give anybody the permission to stick posters onto a tree,” says Sashidhar. 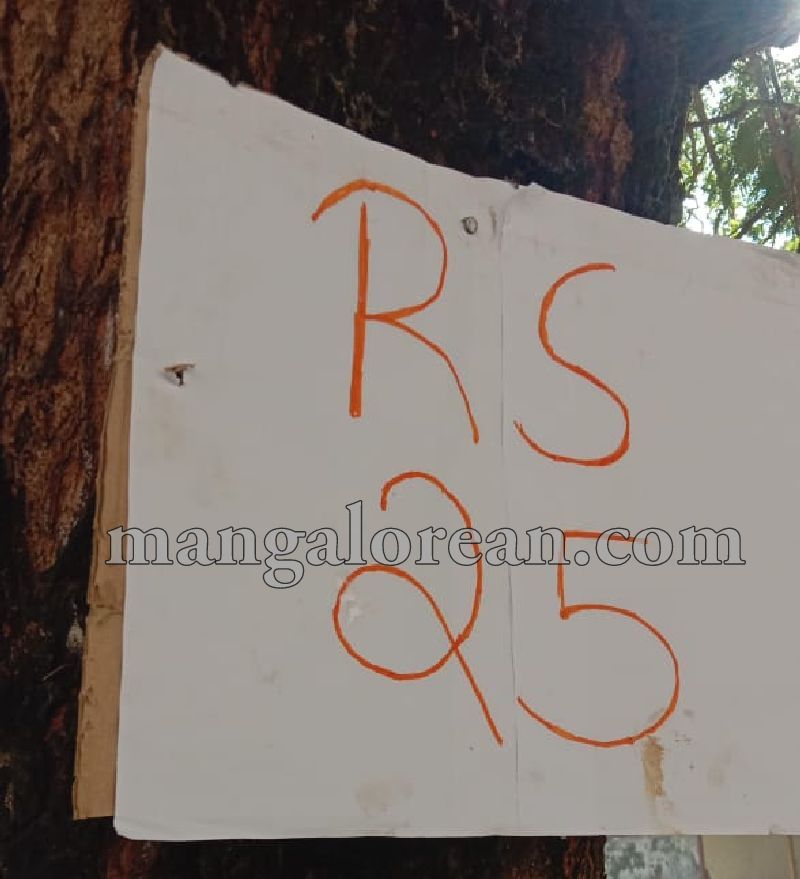 Not only do these posters look ugly they also make trees unhealthy. The holes which are left behind after removing the hoarding, allows insects and termites to enter. It makes the tree hollow and weak. Till now, volunteers of NECF have removed hundreds of posters, and the team maintains a meticulous record of the organisations and companies whose posters are put up. “I feel it needs to be made public so they think twice before doing it again. Also, we need to check if it is a repeat offender for they need to be dealt with stringently. Sometimes we remove the posters ourselves or inform the offenders to come and take it off. I feel the whole thing will register in their mind more strongly. Also, in certain situations, the team feels a little vulnerable.” says Shetty. 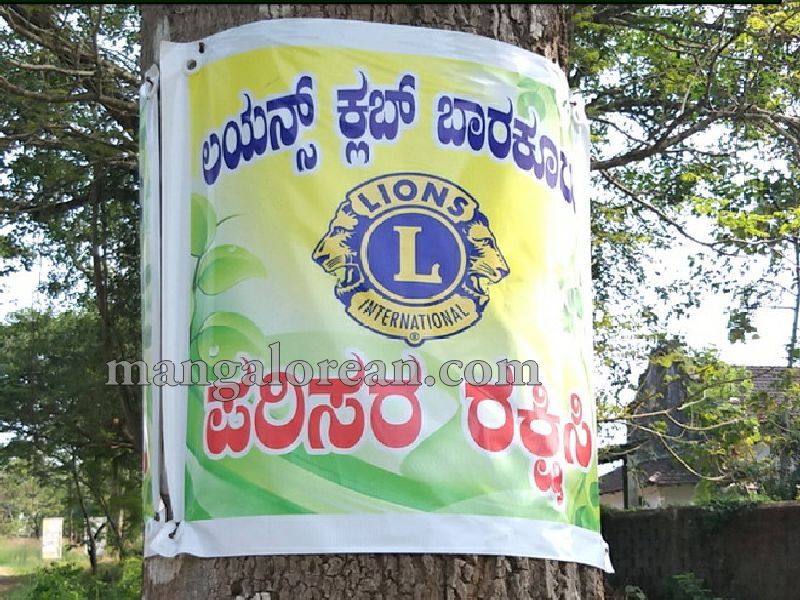 Most of these ads belong to work-from-home followed by PG accommodations, broadband services, catering services, etc. Sources reveal that when nails are inserted in a tree trunk, channels taking water to branches are damaged, which affects its growth. Not just on City streets, trails of such posters are also a common sight on highways. This is illegal both from the standpoint of advertising, causing loss of revenue to the government, and damage caused to trees. If nails are inserted deep in tree trunks, these could cause harm to trees. Food and water vessels will be damaged, which affects the growth of the trees. Moreover, nailing can cause harm to trees in other ways, as the damaged part can get rotten and the surrounding tissues may become dead. The government and the concerned officials from the forest department and MCC need to seriously look into the matter and put an end to this practice, which is harming the environment.