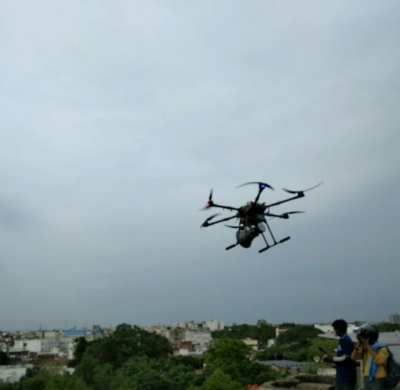 Visakhapatnam: In wake of the recent Jammu Airport drone attack, the Eastern Naval Command (ENC), headquartered in Andhra Pradesh’s port city Visakhapatnam, on Friday designated an area of 3 km from the perimeter of naval installations as a “no fly zone”.

“An area of 3 km from the perimeter of Indian Naval installations in Visakhapatnam is designated a ‘no fly zone’. All individuals and civil agencies are prohibited from flying any non-conventional aerial objects including drones or unmanned aerial vehicles (UAV) within these zones,” said a Navy official.

In the event of a violation, the Navy will destroy or confiscate the drone, UAV or unauthorised flying object, he said.

The violator will also be charged under the provisions of the Indian Penal Code.

The Navy official reminded that approval for flying drones by any civil or government agency is governed by the guidelines issued by the Ministry of Home Affairs.

“Further, approval from the Director General of Civil Aviation is to be obtained through Digi Sky Website and a copy of the approval letter is to be submitted to headquarters, ENC (command security officer) and the naval station concerned,” he added.

This submission has to be done at least a week before the scheduled flying operation.