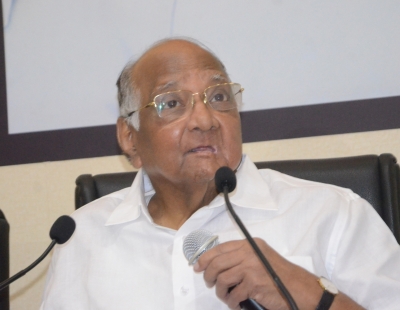 The two meetings come in the wake of infighting within the Nationalist Congress Party’s Kerala unit, led by Peethambaran and Saseendran.

“During out meeting with Pawarji, he insisted that the party must get all four Assembly seats it had earlier contested. If Pawarji takes a decision, Saseendran will also have to abide by it,” Peethambaran told the media.

Peethambaran and Kappan have already started discussions with Congress-led United Democratic Front as the party leadership feels that the ruling Left Democratic Front may not give it the Pala seat which Kappan is eyeing to recontest.

Peethamabran claimed that the LDF did not fare well in the recent local body elections.

Kappan issued a veiled threat, saying that “we are expecting the LDF to provide all four seats we contested in the last Assembly polls to our party in the next state elections; we had wrested the Pala seat after 53 years and if there is any issue, we will decide on our next step”.

Saseendran will, in all likelihood, continue to align with the Left as his Elathur seat is a CPI-M bastion and he does not stand a chance to get re-elected if he switches sides.

The Kerala Assembly’s Budget Session is commencing from January 8, and it will be interesting to watch how the warring NCP factions conduct themselves in the House.