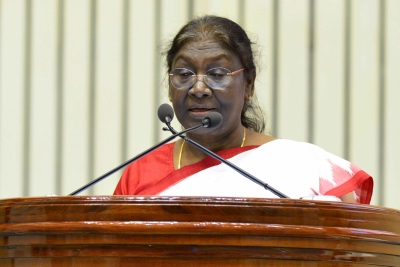 New Delhi: The National Commission for Women (NCW) has issued a notice to Congress leader Udit Raj for his tweet against President Droupadi Murmu.

Raj had said that no country should get a President like her.

The Commission has asked the former Lok Sabha MP to appear before it in person on October 10.

“No country should get a President like Draupadi Murmu ji. Chamchagiri also has its limits. She says 70% of the people eat Gujarat’s salt. She will know once she starts living by consuming only salt,” Raj had tweeted in Hindi.

“Highly objectionable statement against the Supreme power of the country and a woman who with her sheer hard work reached at this position. @Dr_Uditraj must apologise for his derogatory and insulting statement. @NCWIndia is sending him a notice,” Sharma said in a tweet.

However, Raj later said that his statement on the President was made on his personal capacity, and didn’t represent the party’s view.

“My statement with regard to Droupadi Murmuji has nothing to do with the Congress. My heart cries when SC/STs reach a higher position and ditch their own communities and become mum,” Raj tweeted.