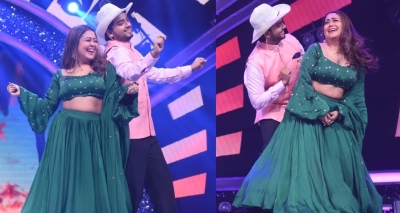 Shivam also creates a sweet moment by requesting Neha to shake her legs along with him on the stage.

Neha says: “You sang it so very well, you performed so cutely. When you sing, you deep dive into the performance and remind us of our adorable moments in life through your singing. It was an amazing performance. I liked it.”

Shivam’s parents also talk about his liking for Sanjeev Kumar’s films and how his portrayal of father on screen influenced him.

Bollywood star Govinda along with his wife Sunita Ahuja and daughter Tina Ahuja will be appearing on the show as celebrity guests.