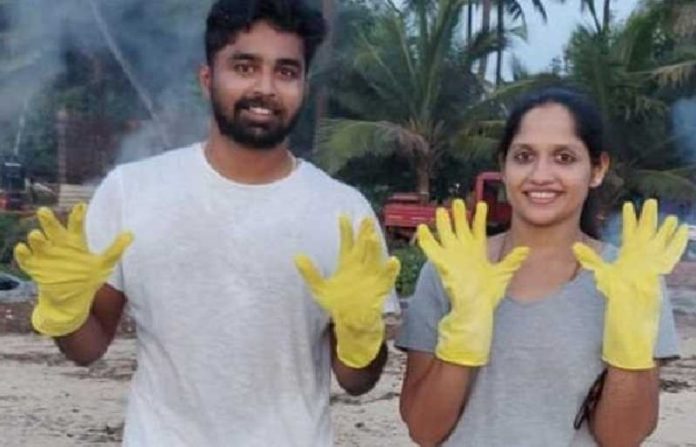 Udupi: The newly-wed couple from Byndoor, got appreciation from Prime Minister Narendra Modi during his 19th Episode of Man Ki Baat programme on December 27 for cleaning the Someshwar beach. 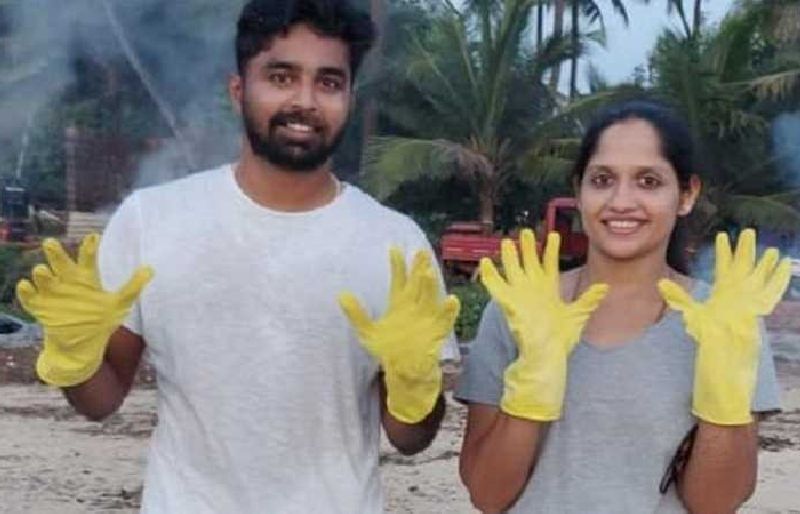 Anudeep and Minusha Hegde from Byndoor got married in November and wanted to celebrate their marriage in a different way. Both Anudeep and Minusha decided to clean the beach near their house. Both the couple cleaned the garbage from Someshwar beach and received praises on the social media for their noble work.

Anudeep also shared the video of the beach cleaning on Twitter under the title “Can two persons make a difference? Got married two weeks back & with my wife decided to clean up this beach before we celebrate the honeymoon. 40% has been cleared, a few more days to go. A much satisfying experience so far.” Inspired by his magnanimous thought, a number of young people came and joined him. You will be surprised to know that together these people have cleaned more than 800 kg of waste from the Someshwar beach.

Prime Minister Narendra Modi during his Mann ki Baat programme said, “There are some people who are continuously doing something new and set new resolutions. Through Twitter, I came to know that there is a young couple from Karnataka, Anudeep and Minusha Hegde who got married in November. Most of the newly married couple go on a trip after marriage, but Anudeep and Minusha from Byndoor did something different. They were seeing the people go to the beaches, eat and leave the garbage. They even saw a similar scene at the Someshwar beach in Karnataka”.

Before going on a trip, they both decided to clean the Someshwar beach. This was the first resolve both husband and wife took after marriage. Anudeep also shared about his resolve on social media.

Modi also said, Friends, amidst these efforts, we also have to think how this garbage gets on these beaches in the first place? After all, it is one amongst us, who leaves this garbage there. We should start a cleanliness drive as Anudeep and Minusha did. But even before that, we should also take a pledge that we will not leave garbage at all. After all, this is also the first resolution of the Clean India campaign. And yes, I want to remind you of something more. Due to the Corona, this year it could not be discussed much. We have to make our country free from single-use plastic. This is also one of the resolutions of 2021.