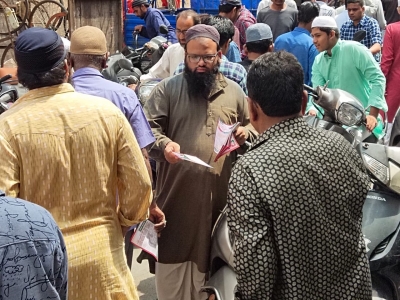 Ahmedabad: The National Investigation Agency (NIA), along with Gujarat ATS, on Tuesday picked up 15 Social Democratic Party of India (SDPI) activists from across the state and is questioning them.

SDPI is political wing of the Popular Front of India (PFI).

Sources from the ATS said the state team is assisting the NIA team in questioning SDPI members. The agency is trying to gather information on their role in the party and whether they have any association with PFI, how they are raising funds and who are the donors.

The members being questioned are from Ahmedabad, Banaskantha, Surat and Navsari. The NIA will issue an official statement on it.

When IANS contacted SDPI central office, an officer-bearer said that since the party has recently entered Gujarat, no official appointments have been made.

None of the members had any clue about the 15 persons being questioned.