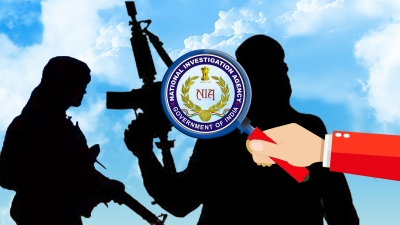 The National Investigation Agency (NIA) on Friday filed a chargehseet before a Special court in Jammu against five accused in a case relating to arms haul recovery from Chanapora in Srinagar.

New Delhi: The National Investigation Agency (NIA) on Friday filed a chargehseet before a Special court in Jammu against five accused in a case relating to arms haul recovery from Chanapora in Srinagar.

The case was initially registered at Chanapora police station in Srinagar and later on the NIA re-registered the case and took over the probe.

“Investigation has revealed that above said accused persons are cadres of ‘The Resistance Front’ (TRF), an offshoot of LeT, proscribed terrorist organisation who conspired to supply the consignments of arms, ammunitions and funds to the terrorists of TRF/LeT to carry out the target killings in Jammu & Kashmir thereby creating terror among the people. Investigation has also revealed that the above said accused persons used to receive these arms consignments from Pakistan,” the NIA said in a statement.

The NIA has mentioned that during investigation, it has been found that the accused persons were associated with their Pakistan based handlers of LeT/TRF, and radicalised, motivated and instigated vulnerable youth to join terrorist groups in Kashmir.

“The recovery of lot of incriminating materials relating to arms, ammunitions, chats about terror funds besides others materials from the mobile phones of accused persons, has established the fact that these accused persons were engaged in terror activities for long time and thereby threatening the Security, Integrity and Sovereignty of India,” the Central agency said.

Further investigations in the matter are on.