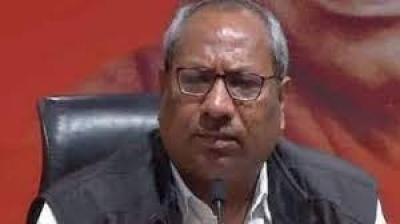 Lucknow: Continuing to dilly-dally over his relationship with the BJP, the Nishad Party president Sanjay Nishad has now said that his party will launch an agitation if the government did not fulfil its demand for reservation for the community.

Sanjay Nishad said that he will be on a month-long visit to Ayodhya to mobilise his cadres for the Uttar Pradesh Assembly elections due next year, and reach out to the Nishad community to seek its support for the party.

Sanjay Nishad further said, “Nishad Party is in an alliance with the BJP because it is sensitive to the demands of the Nishad community.”

Party workers have been directed to reach out to the members of the community in every district and make Nishads aware of their rights.