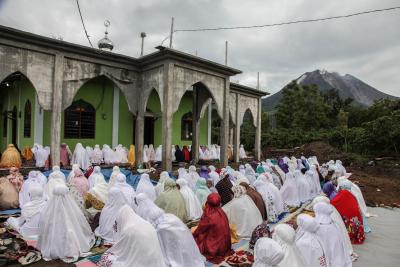 No long holidays for Eid-al-Fitr: Indonesia

Jakarta:  The Indonesian government has decided not to allow people to return home during the Eid-al-Fitr holidays this year as the Covid-19 pandemic was still raging, a Minister said.

In a statement on Friday, Coordinating Minister for Human Development and Culture Muhadjir Effendy said this policy applies to all Indonesians, including private employees and informal workers, reports Xinhua news agency.

“(With the policy), the Covid-19 vaccination program can be implemented maximally with our expectations,” he said.

Effendy explained that there was further spread of Covid-19 with increasing deaths due to the disease after long holiday seasons in the past, such as the higher bed occupancy rate (BOR) in hospitals following the New Year vacation.

Meanwhile, the death toll rose sharply from 1,000 to more than 2,000 cases per month during those long holidays, compared to that in other months which recorded between 50 and 900 fatalities.

The homecoming prohibition will be effective on May 6-17.

However, the government has also urged people not to leave their areas before and after those dates.

Indonesia is a predominantly Muslim country with urban migrants returning to their hometowns during the Eid al-Fitr holidays.