Bantwal-Mangaluru: Karnataka Pradesh Congress committee (KPCC) held its FIRST Divisional Level Representatives meet titled ‘Sankalpa Samavesha’ at Sagar Auditorium on BC Road on 6 January 2021. The divisional convention will be conducted from January 6 at Bantwal, Bengaluru on 8 January , Belgaum on 11 January and Gulbarga on 18 January. During the convention, discussions were carried out about party organizations, government’s failures in handling pandemic, riots and others. Karnataka Pradesh Congress committee (KPCC) president D K Shivakumar inaugurated this convention of Mysuru division, at 11 am and went on till 7.30 pm As many as 675 representatives from Mysuru, Kodagu, Chamarajnagar, Mangaluru, Udupi, Chikkamagaluru and Shivamogga attended the convention. There was discussion on the Party’s political strategies. It should be noted that Congress has gained more number of seats in the gram panchayat elections despite BJP’s money and administration power.

Addressing the gathering, D K Shivakumar said, “No doubt that 2021 will be a tough year of struggle for our party, but we will try hard to make Congress strong in the State. I will make sure that I visit 150 constituencies, in order to strengthen our party in these constituencies. Since we have noticed the activities of BJP, we will conduct a booth level survey through project ‘Praja’. In the meantime, we will prepare leaders at booth level and ensure that every section of the society joins hands in strengthening our party. I urge that new leaders to emerge and start to become active in the party. Kindly note that Your voice should be the KPCC president’s voice, since 2021 will be a year of struggle for all of us” DKS further said, “When we conduct programmes/projects at booth level,we should make sure that they reach the people. You need to take self-help groups into confidence, since the Congress party’s basic foundation is our ideology and the goal. We will face defeat, the moment we stay away from our ideologies and goals, so be serious and be dedicated and committed to our ideologies. Take a pledge that you will all stick to our ideologies and goals”. As the congress representatives were kind of distracted, Shivakumar took them to task and urged them to maintain discipline, switch off their mobile phones, and be serious and attentive during the convention and deliver their thoughts on the strengthening of the party.

Regarding the comment made by former CM Siddaramaiah on eating beef , Shivakumar speaking to the media said, “The statement given by Siddaramaiah with regards to eating beef is his personal opinion. Siddaramaiah has said about his habits. There is no damage done to Congress because of his statement. What is wrong in sharing his personal opinion with the workers of the party? It does not reflect the views of the party. There is no damage to the party. But as per my opinion there was no need for the BJP government to bring in a law banning cow slaughter. This is nothing but tactics played by BJP for gaining political mileage. The tradition of venerating cows has been there since ages,so why even implement this law now, which doesn’t make any sense”. “THe BJP government should know that people of all classes of society do animal husbandry. Therefore, if the government is banning cow slaughter, let the government give compensation to all of them from Rs 25,000 to 50,000. After which the government can take the cattle to their homes, if they want. We are launching the work of organizing the party from the holy land of Coastal Karnataka. We will get to know the opinions of grass-root workers and leaders of the party. Later a state-wide fight will be held. Congress will attain power in the district of Dakshina Kannada also” added DKS..

“Dakshina Kannada is the sacred land that has rendered culture to our country. We will begin the task of converting our party from mass base to cadre base from here. Dakshina Kannada is the land that has provided education and economic strength to the country. We see in history that the government which is elected by people comes to power and they attempt to mislead these people. I want to make it clear, even though being a Congress party president, my presence here is as an ordinary party activist. Remember that the voice of activists should be the voice of the president. Therefore, we urge presidents of various districts in Mysuru and the defeated candidates to listen to the local problems. Every block president should speak about local problems and unity. It was also announced on the day of taking the oath that we will convert the party from a mass-based party to cadre-based party. We will implement the resolution from Dakshina Kannada district,” said D K Shivakumar.

Congress district president Harish Kumar speaking to the media, slamming BJP said “BJP, to win the gram panchayat elections, has involved in cheap tactics of threatening and enticing the candidates. BJP party workers have suppressed the Congress party workers. BJP used the tactics to withdraw rival candidates’ nomination by threatening, allurement and giving false promises. They also threatened the voters stating that people can avail the benefits of the government only if they support BJP. They could win elections through money and muscle power. Out of 3,200 Congress supported candidates, 1,011 candidates have won the elections” 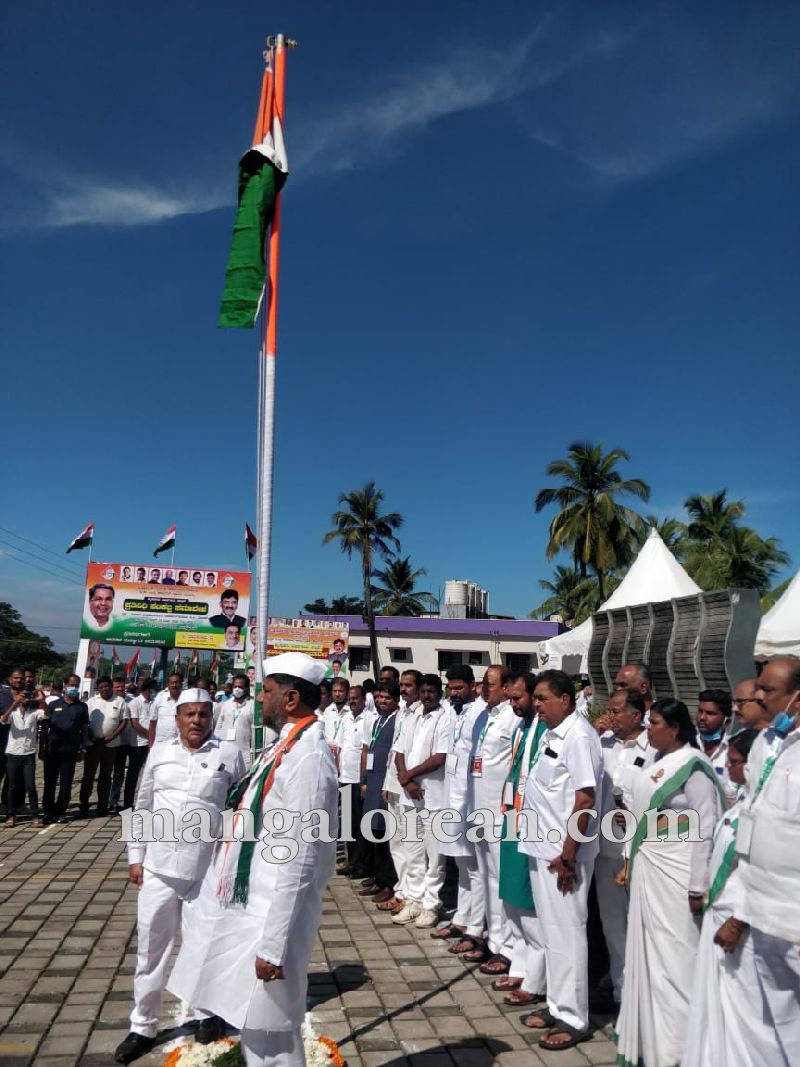