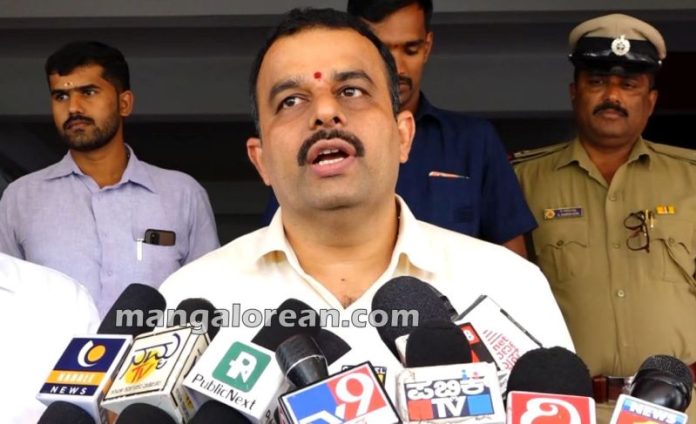 Bengaluru:  Soon after the Supreme Court delivered a split verdict on the Karnataka hijab matter, state Minister for Power, Kannada and Culture V. Sunil Kumar on Thursday said the question of reversal of the ban order does not arise.

“There is no question of reversing the state government’s order issued on February 5, banning the hijab and other religious symbols in educational institutions of the state. The uniform rule will continue in schools and pre-university colleges,” he said.

While interacting with reporters, the minister stated that the government has issued a circular in this regard. There is no question of backtracking on the ban. “The Supreme Court has given a split verdict on the matter and we will not take back our decision,” he reiterated.

“No student can attend classes wearing a hijab. Congress and the banned Popular Front of India (PFI) must understand that they can not go against society,” he stated.

When the court directs them not to wear hijab, they approach the Supreme Court. This shows that there are communal forces and conspiracy behind this, the Minister said.

He further stated that in Muslim nations such as Iran and Iraq there is stiff opposition to hijab and they are saying no to it. Here, protests are staged demanding the right to wear hijab in schools and colleges.

The PFI mindset should change at least now. The organisation is already banned. Congress also supported it, he stated. The minister further gave a suggestion to Congress that they should attach the slogan of ‘hijab chodo’ along with Bharat Jodo Yatra.

If they do it, it will create a good atmosphere. Uniform rule has been implemented to ensure equality by making all students look the same, he stated.