Home Mangalorean News Local News Not Smart! Installing One more ‘Smart Pole’, When the First One has... 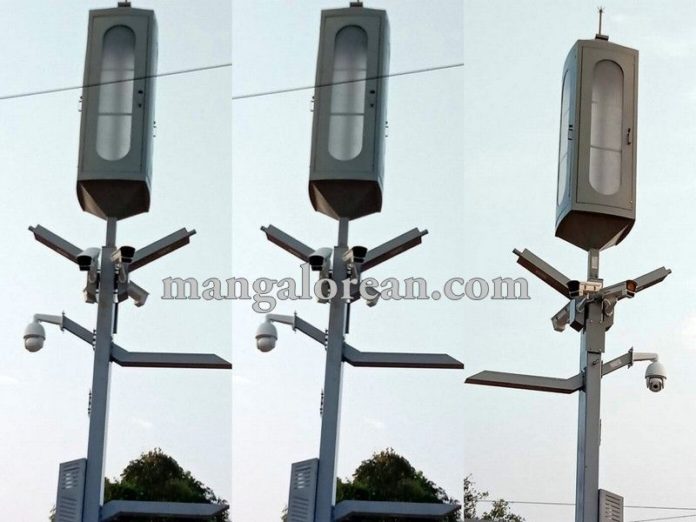 Not Smart! Installing One more ‘Smart Pole’, When the First One has Stood ‘Dumb & Smartless’?

When there is one ‘Smart Pole’ already erected near Mallikatatta Circle, Kadri, Mangaluru in May 2020 costing around Rs 5 lakh, which has Stood ‘Dumb & Smartless’ doing NOTHING ever since its inception, for the last for the last seven months, why even bother to install another one near Lady Hill Circle, spending money? Will it benefit the citizens and motorists, the answer would be NO?-Other than benefiting the Smart People in Mangaluru Smart City Ltd (MSCL), Engineer, Contractor, and few other officials, in pocketing a few bucks into their pockets? And that’s a fact! And it is learnt that 15 of such Smart Poles will be installed in the City, and just imagine the amount of money will be spent, of which a large sum of it will be swallowed by people involved in the project, Bah humbug!

Mangaluru: Can you believe that Mangaluru Smart City Ltd (MSCL) is again spending nearly Rs 5 lakh on this freaking ‘SMART POLE’ which is now erected near Lady Hill Circle in the City, after the First one installed in the month of May 2020, near Mallikatta Circle, Kadri, Mangaluru, has done nothing, rather than staying there ‘Dumb and Smartless’ for the last seven months. Instead of spending such big money on a Pole, which would hardly benefit anyone, the citizens or the motorists, the same money could have been used in rectifying dilapidated roads, drainage, footpath etc. But, one thing for sure, when there is money pouring in from the Central government on Smart City Projects, along with added tax payers money, it has been a habit for our Smart Officials in MSCL to spend it on worthless projects.

When the Smart City is in desperate need of Good Footpaths, Scientific Roads, Better Drainage System, etc etc, what is the need in hurrying up with the project like this one- which hardly benefits the society-the citizens, which includes Motorists and Pedestrians. The experimental launch of this project called “SMART POLE’, costing around Rs 5 lakhs each was set up near the Mallikatta Bus Shelter, Mangaluru- and as always either with MSCL or MCC projects, nothing is done right the first time- and so it was with this installation of Smart Pole. And since seven months it hasn’t been put into work. 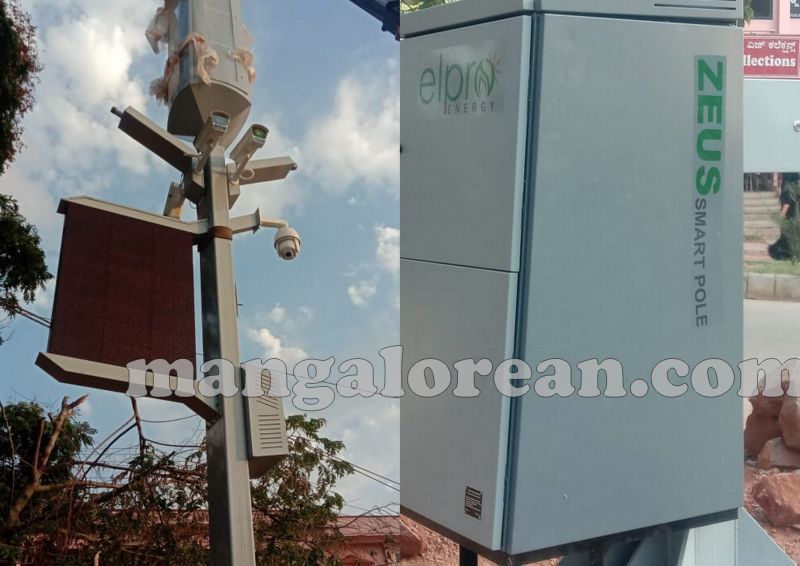 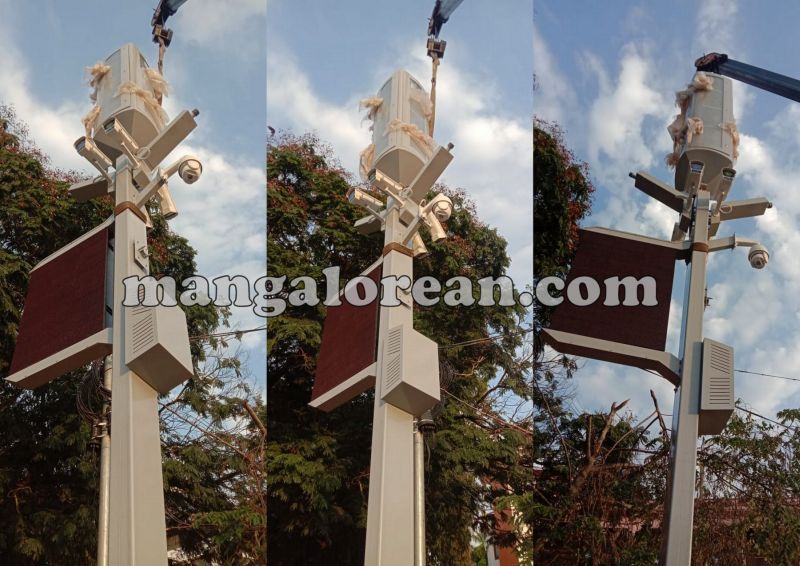 Prior to an article published by Mangalorean.com on this ‘Smart Pole’ on 29 May 2020, Er Arun Prabha- General Manager (Technical) at MSCL speaking to Team Mangalorean had said, ” Mangaluru Smart City Ltd.(MSCL) has launched smart poles project in Mangaluru City under the Smart Cities Mission. The project is innovatively structured in such a manner that it delivers bundled smart services to citizens and maximum values for money to the city authority. Mangaluru Smart City has decided to install 15 Nos. Smart poles, in main Junctions across the city. MSCL has chosen the smart pole location keeping in mind the high foot-fall areas, important junctions, vehicular traffic and call drop areas so that the maximum benefits can be obtained”

He had further said, “Smart Pole offers multiple services to the city residents. The integral parts of the smart pole are: Smart pole has telecom tower infrastructure to match with city aesthetic and ready to accommodate upcoming technology as 4G and 5G; Full Colour Variable Messaging Sign (5 ft x 3 Ft); Wi – Fi hot-spot services for the city; Surveillance cameras for safety and traffic violation detection; Public Address system; Mobile based application with functionality of SoS; Centralizes Command and Control center for monitoring the implementation of smart solutions; and Optical fiber for better bandwidth to the Wi-Fi users/providing backhaul to telecom operators. Provisional (Option)- Electric Vehicle charging points to promote use of electric vehicles in the city; USB Chargers for Mobile; Environmental Sensors to monitor Air-quality, temperature and humidity (Optional); and Energy efficient and remotely controllable LED Street Lights – (based on Centralized Control & Monitoring System)” (More on his statements is in this link (Ref:  Not Just a POLE, It’s a SMART POLE & 15 of them to be Installed in Smart City! But, Do We Really Need Them?  ) 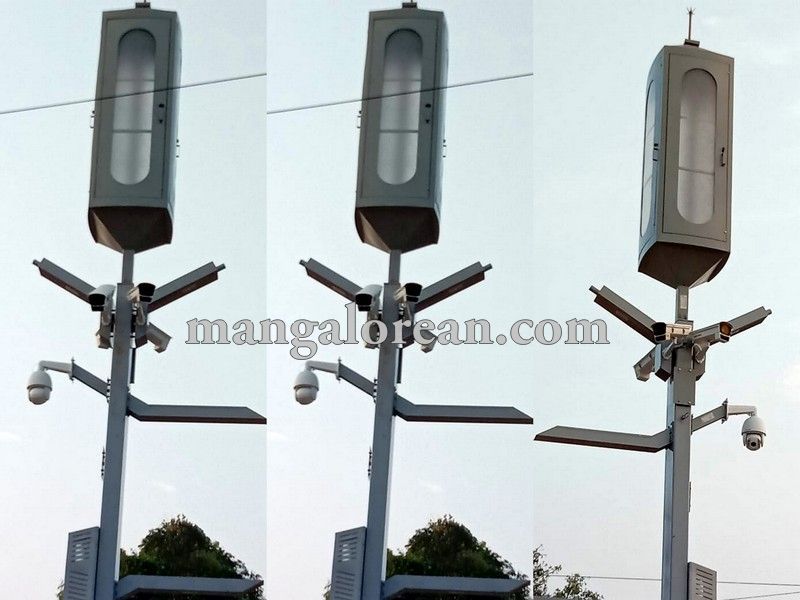 Well said by Er Arun Prabha narrating the benefits of Smart Pole- but how far this Smart Pole will really help the motorists and the citizens/pedestrians is a million dollar question. Because we have seen hardly any motorists follow the instructions/messages/warnings etc that get displayed on the Traffic Police LED Display Boards installed in the City in 2018. (Ref: Traffic Police LED Boards to Alert Motorists! But How Far Will They Be Useful?   ) . We have seen in the past, brand new traffic lights that have gone out of order within few days, and until now they are totally dead; and in 2018, they installed LED boards at a couple of prominent locations in the City, like one near Dr Ambedkar/Jyothi Circle, and another one near Nanthoor Junction, to alert motorists about traffic jam/snarls, and also awareness slogans on traffic safety and environment. But these LED boards with flashing messages were not so helpful to motorists, because while they are driving/riding fast they can hardly read the messages? And also we have seen in the past, once something breaks down/not working, it will be a long time before they are fixed or NOT fixed at ALL? And I am very much sure, the same will be the case with these SMART POLES?

Now here’s a funny thing that I want to highlight as to how Smart our Officials are- On 29 May, while the engineers and contractors were installing the First Smart Pole near Mallikatta Bus Shelter, Yours Truly of Team Mangalorean noticed there was something wrong in the work. Instead of the display board and the cameras which were supposed to face the Mallikatta Circle, were seen facing the Jugul Building- and that was due to the faulty work of the contractors while constructing the base. The base didn’t suit the bottom of the Smart Pole, and therefore it was turned a wrong way. It’s only when Team Mangalorean pointed out the “Basic Error”, that a crew member of the Smart Pole Co, sent one of the workers to the top of the pole, and made him turn the cameras to the right angle. But nothing could be done to the Display Screen-which has to be dismantled and fixed the right direction. This is what you call the Not So ‘SMART’ work of our Smart Engineers/Officials. Oh well, nothing much could be done-after all its the money going down the drain with such faulty work. 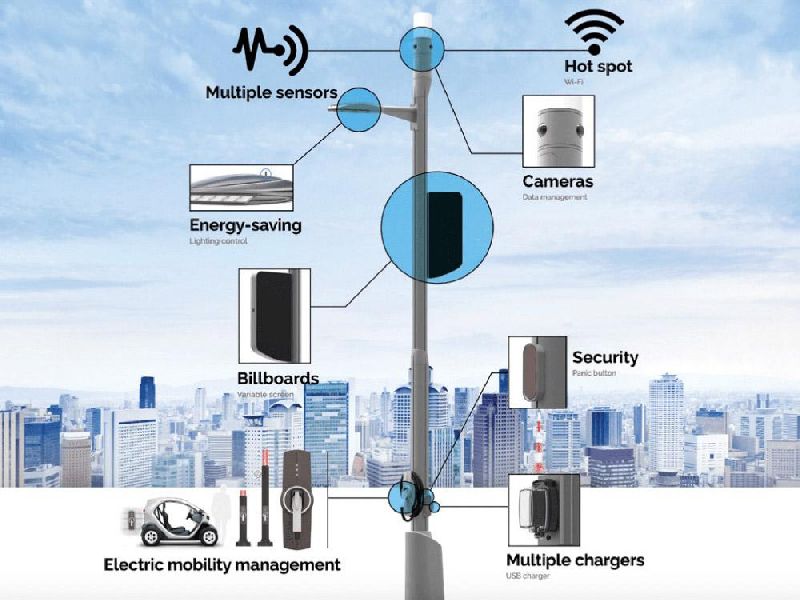 Sources from MSCL revealed that the first smart pole at Mallikatta, a project set up under Smart Cities Mission will see the light in September of 2020, but it was a fake promise. It is learnt that a Chennai based Madras Security Printers, a leading Smart City solutions company is executing the command control centre of MSCL, and has also been entrusted with the Smart Pole project. When Team Mangalorean questioned, as to why the Smart Pole installed near Kadri is not functioning, and one of the MSCL officials blamed it on the lockdown, which is crap. Let me get this straight- lockdown started in March 2020, however, the smart pole was installed in May 2020- so the work got started in spite of lockdown. Then, why the delay even after the Smart Pole is all set up, in getting it to function. Oh well, getting the right answer from the authorities for their slow work and negligence is tough.

In conclusion, now that the first Smart Pole installed on a test try basis at Mallikatta in May 2020, I want to ask the person or persons behind this Smart Pole idea which alerts motorists on traffic rules, Covid-19 guidelines, important messages/warnings etc,- do they expect a driver or a rider to stop and read the messages showing on these LED screen, if not how are they going to read all the messages etc that is displayed randomly. Not a “Smart Idea” for a “Smart City”? Period! The best thing for a City like Mangaluru, where motorists ( also including pedestrians) who don’t give heed/damn for all these new systems, it is better to stop wasting government/taxpayer’s money in lakhs/crores on all these new gadgets. All these new systems are money making tactics by the authorities in the administration and also the third person. Sorry, don’t get me wrong- it’s a fact?