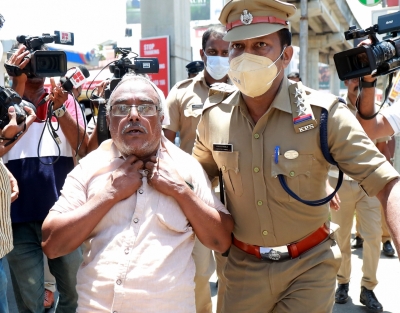 New Delhi: Banned for the next five years, the Popular Front of India (PFI) has been accused of being involved in anti-national and anti-social activities by the Indian government.

The blanket ban on PFI, which was formed in 2006, came just days after the nationwide crackdown on it by the National Investigation Agency (NIA).

All India Majlis-e-Ittehadul Muslimeen (AIMIM) President Asaduddin Owaisi, a popular voice of Muslims in India, came down heavily on the government and said that a draconian ban of this kind is dangerous as it is a ban on any Muslim who wishes to speak his mind.

“The way India’s electoral autarky is approaching fascism, every Muslim youth will now be arrested with a PFI pamphlet under India’s black law, UAPA,” Owaisi wrote on social media.

So did the government take the action in haste or was it already on the cards?

Top agency sources say that PFI had been one of the most potent radical Muslim outfits and its members had been involved in numerous cases of violence, unlawful activities and terrorism. It was not a one-day action, the probe had been going on for years.

Notably, over 1,300 criminal cases had been registered by the police and NIA against cadres of PFI and its front organisations in different states. Some of these cases were also registered under the Unlawful Activities (Prevention) Act, the Explosive Substances Act, the Arms Act, and other heinous sections of IPC.

In 2013, 13 members of PFI were convicted for an assault on T.J. Joseph, a college professor, whose hand was chopped off on allegations of blasphemy.

Ironically, before the ban, PFI used to claim on its website (not functional now) that none of its members has been accused, jailed, or booked for mass murder, anti-national activity, or terrorism. The reality, however, is different.

In 2013, PFI organised a training camp in Kannur, Kerala, to impart training in using explosives and weapons to prepare people for terror activities against India. The NIA took over the case after which 21 people were convicted by a special NIA court in 2016.

Some AQ and ISIS training videos, depicting gruesome murders, had also been recovered from the PFI cadres accused in these cases. Such activities created fear among the members of other religious communities, besides the public.

Further, there had been a number of instances of international linkages of PFI with terrorist groups.

Sources said that some activists of PFI, particularly from Kerala, had joined ISIS and had participated in terror activities in Syria, Iraq and Afghanistan. Some of these Indian ISIS terrorists were also killed in action by security forces in those conflict theatres.

Further, PFI had linkages with Jamaat-ul-Mujahideen Bangladesh. Some of these terrorist elements had been arrested by the NIA and state police forces.

The PFI, which had always claimed to be a social organisation, was found involved in the murder of BJP youth wing worke Praveen Nettaru in Karnataka’s Dakshina Kannada district.

Nettaru was hacked to death by bike-borne assailants on July 26. The ten accused persons arrested so far are all members of PFI.