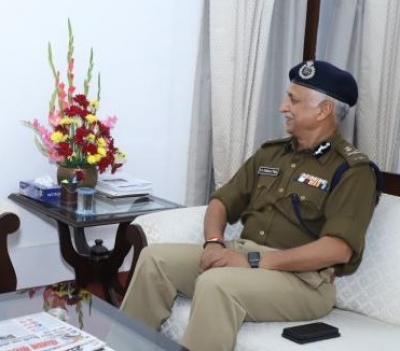 “It has been decided that all the policemen above 40 years of age would undergo compulsory medical check-ups, so that any ailment could be timely diagnosed and treated. It would enhance health levels of the force. Serious deliberation is being done for maintaining physical fitness of the police personnel,” he said.

This decision came after Delhi Police lost 231 of its personnel.

In this direction, 7 Wellness Centres have already been opened in Police Colonies, which also provide allopathic and ayurvedic doctors for medical consultations. Till date more than 11,700 police personnel and their families have been benefitted. These Centres have also facilities of open gyms and yoga.

Under a special initiative, 3 Out-of-Turn Promotions for tracing 50 or more missing children in a calendar year have also been granted. As many as 190 police personnel have been appointed on Compassionate grounds, a step that would help 190 police families.

“The work done by Delhi Police during Covid-19 pandemic got appreciation from across the society and earned the epithet ‘Delhi Police Dil Ki Police’,” Shrivastava said, urging the force to work continuously with a humane face and continue serving the people with the same zeal.