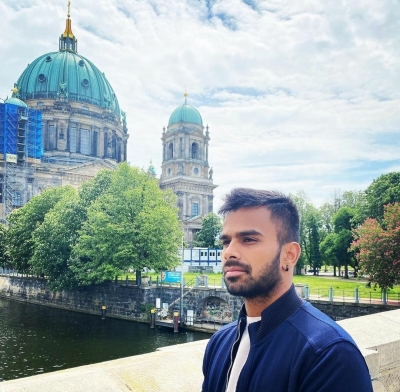 New Delhi: India’s second-highest ranked singles tennis player Sumit Nagal on Friday qualified for the Tokyo Olympics after the organisers lowered the cut-off due to a spate of withdrawals.

The 23-year-old Nagal, ranked 154th in the world according to the latest ATP rankings, is currently in Germany, where he lost the Round-of-32 match in the Hamburg European Open to Juan Pablo Varillas of Peru.

Nagal expressed his joy at making the Tokyo cut, tweeting on Friday, “No words can express my emotions. A surreal feeling to qualify for the Tokyo Olympics. Grateful to all your support and wishes.”

If the 23-year-old Nagal can complete formalities in the next few days, he can hope to compete in two events in Tokyo — singles and mixed doubles partnering either Sania Mirza or Ankita Raina.

He can also play men’s doubles if the All India Tennis Association’s (AITA) last-minute move to pair him with seasoned doubles player Rohan Bopanna is accepted by the International Tennis Federation (ITF). India’s original doubles combination of Bopanna and Divij Sharan is fourth on the alternate list for Tokyo but with ITF giving preference to already qualified singles players for doubles, AITA replaced Sharan with Nagal.

India’s highest-ranked singles player Yuki Bhambri, with a protected ranking of 127, could not go as he is still recuperating from procedure on his knee.

Nagal, who had reached the second round of the US Open in 2020, initially couldn’t make the grade on June 14, the last cut-off date for Olympic qualification, as he was then ranked 144th in the world. But due to a surge in withdrawals, including several high-profile ones such as Roger Federer and Rafael Nadal among others due to Covid fears, lower-ranked players like Nagal got upgraded.

Several players, such as Australia’s No. 1 Alex De Minaur, too have withdrawn after contracting the virus.

Compatriot Prajnesh Gunneswaran (current ATP rank 153) could also get a chance to compete at the Olympics if some more players withdraw. Gunneswaran too had missed the cut on June 14 as he was ranked 148 on the ATP then.

Before this development, only Sania and Raina were entered in the women’s doubles at the Olympics.