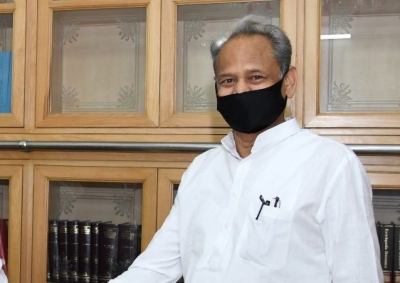 Gehlot made the remarks in Delhi while attending the swearing-in ceremony of the newly elected Congress party president Mallikarjun Kharge.

Talking to media persons in the national capital, he said: “It was Rahul Gandhi’s wish that a non-Gandhi become party president. However, till the last moment, there were efforts to make Rahul Gandhi the president for the second time because only he can challenge PM Modi.

Gehlot said: “In 1998, all of us requested Sonia Gandhi to take over the reins of Congress… otherwise, the party would have disintegrated. Such was the atmosphere at that time. Despite lots of issues including the language problem, Sonia Gandhi accepted that challenge in the interest of Congress and took over the reins of party. She remained the president for 22 years. At that time, Congress-led governments were formed in 12-13 states. Also, the UPA government was formed at the Centre twice. We cannot forget that tenure.”

“With the decision of Sonia Gandhi, Kharge has become the president. We all have a responsibility now to make him a successful leader. Congress should be strong at booth and block level. New confidence should be created among Congress workers,” he added.