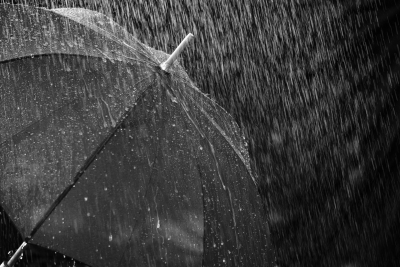 Bengaluru: As the southwest monsoon gathered pace in north Karnataka region, six persons were killed in rain-related incidents in the state since last week, said the police on Monday.

An orange alert has been sounded in these seven districts till July 16, according to the weather department.

In Bidar district, which has been witnessing unrelenting rain for the past three to four days, a woman and her daughter were struck dead by lightning at Khudavandpur in Bhalki taluk on Sunday.

According to the Bhalki police, the incident occurred when Bhagyashree Metre, 32, and her daughter Vaishali, 9, were returning home from their farm.

While in Chitradurga, three-year-old boy, Lohit and his mother, Savitramma, 33, died after the wall of their house collapsed on them.

“Grievously injured, Savitramma was admitted to a private hospital in Davanagere district died in the wee hours of Monday due to injuries, while her husband, Omkarappa is showing signs of recovery,” the Hosadurga police told reporters.

The police said that in this episode, an eight-month-old toddler and six-year-old boy of the same family survived unscathed.

On July 6, a couple was washed away in an overflowing stream along with their bike in Kaalvi village. Mallikarjun, 55, and his wife Sumangalamma, 48, residents of Muthkur in Hagaribommanahalli taluk were returning home after visiting their relatives in Mundargi taluk in Gadag district. Their bodies were found in the stream, after floods subsided, on July 7.

A spell of sharp showers in the early hours of Sunday left many streams and rivulets in spate rendering several villages inaccessible in many parts of north-Karnataka region.

Acres of crops in this region has been damaged due to unrelenting showers.

Most parts of north interior Karnataka is expected to witness thundershowers and a yellow alert has been issued to these districts till July 16, the IMD release said.