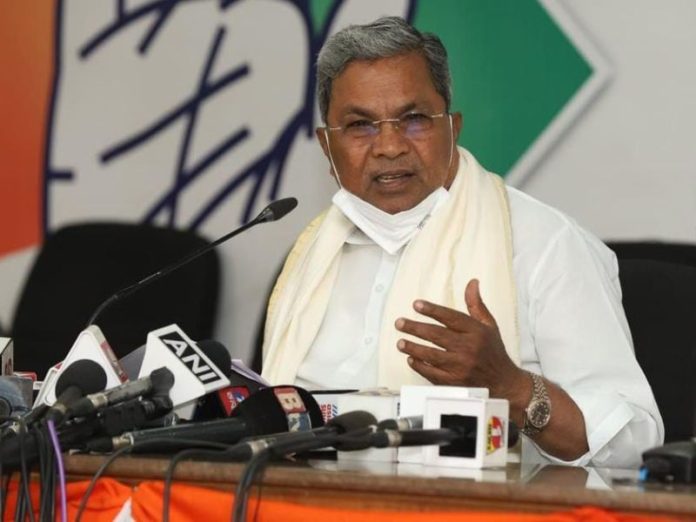 Bengaluru: Karnataka Opposition leader Siddaramaiah on Tuesday launched an attack on the BJP government at the Centre for releasing the convicts in Bilkis Bano case.

“Home Minister of India’s order to release the convicts in Bilkis Bano case exposes the cruel mindset of Indian BJP leaders. They have brought shame to the entire country by granting pardon to these inhuman vultures,” Siddaramaiah stated.

Union Home Minister Amit Shah should resign and apologise to the entire nation, he demanded.

“It is unfortunate that the BJP party wants to use sensitive issues for their political agenda. The release of those inhuman rapists and murderers is to polarise electorate ahead of Gujarat elections,” Siddaramaiah charged.

He further stated that for BJP, elections become more important than the concerns of women in this country.

The entire nation has seen the beautiful bond between Prime Minister Narendra Modi and his mother. But, why could PM Modi not see the pain of the mother who lost her infant and unborn child, Siddaramaiah questioned?

India will not forgive this inhuman decision of the BJP government to grant pardon, he stated.

Where are the women MPs from BJP? Siddaramaiah questioned.

“If they can’t stand up even for women’s causes, they are unfit to continue in their positions. Can they sleep peacefully knowing that rapists were released by their party for political reasons?,” Siddaramaiah further stated.