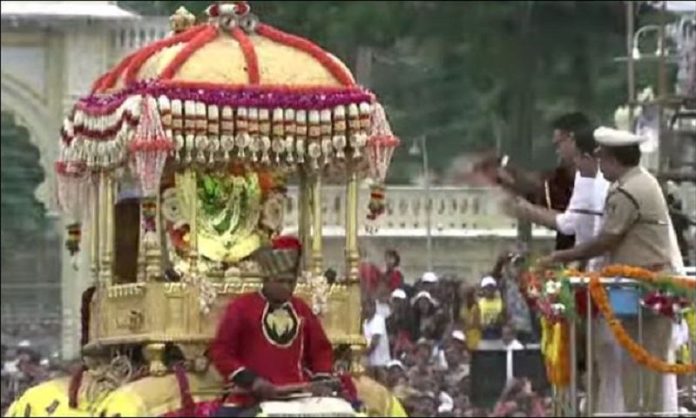 Mysuru: The Dasara festivities celebrated on a grand scale in Mysuru came to an end with the iconic ‘Jamboo Savari’ on the occasion of Vijayadashami on Wednesday. 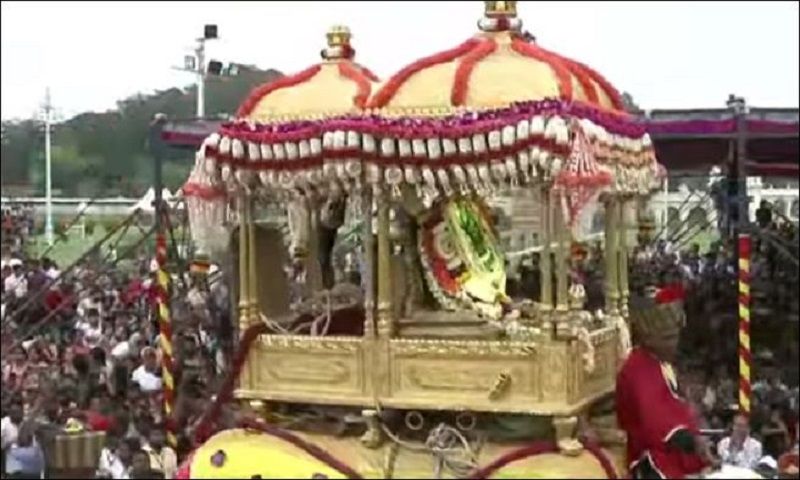 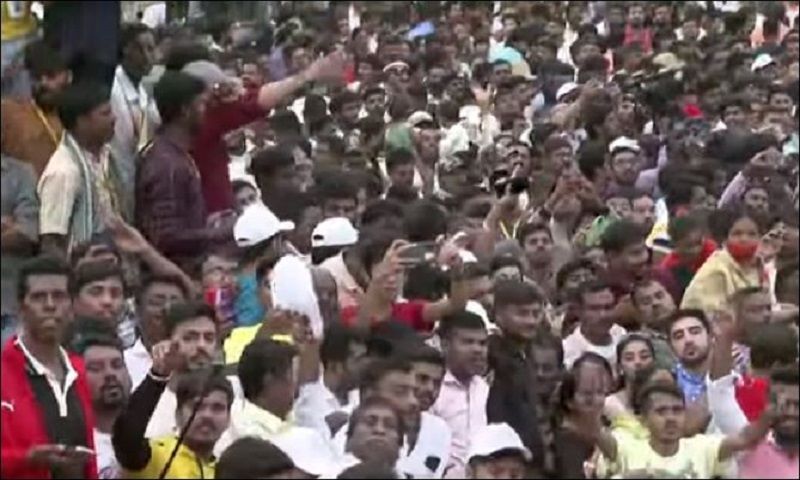 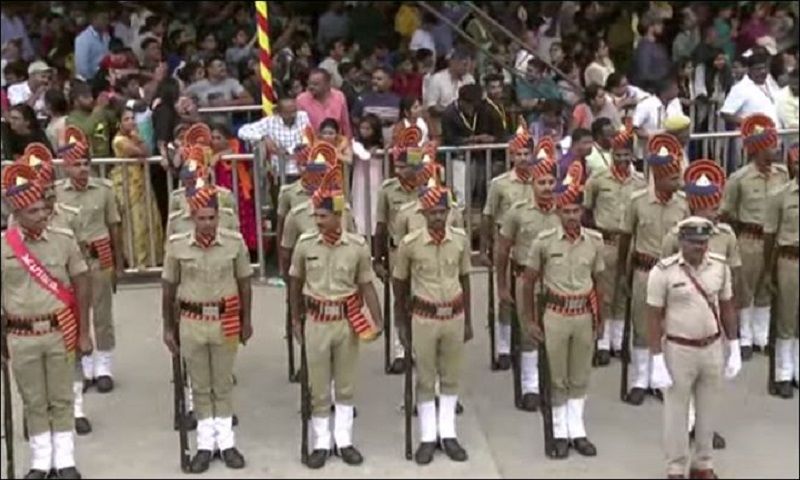 The authorities claimed that about five lakh people witnessed the ‘Jamboo Savari’ (elephant procession) and other festivities. To mark the celebrations of the concluding day, Chief Minister Basavaraj Bommai performed Nandi Dhwaja Puja at the North Gate of the Mysuru Palace.

After two years’ Covid hiatus, the ruling BJP had decided to celebrate the Dasara festivities on a grand scale this year. 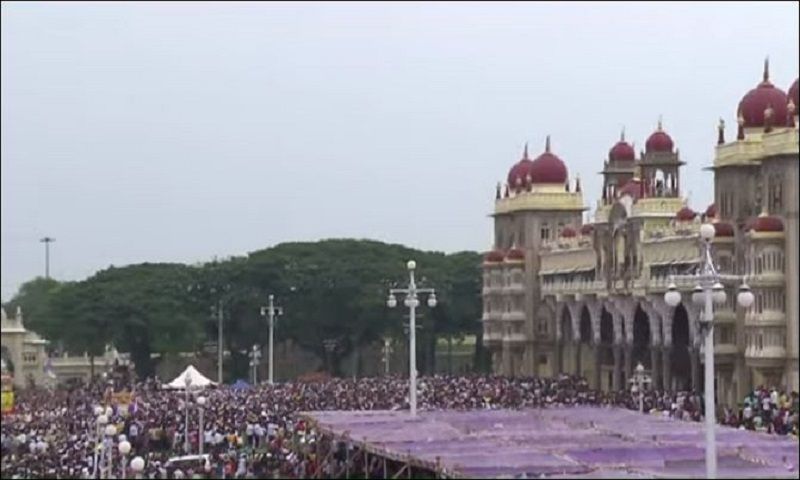 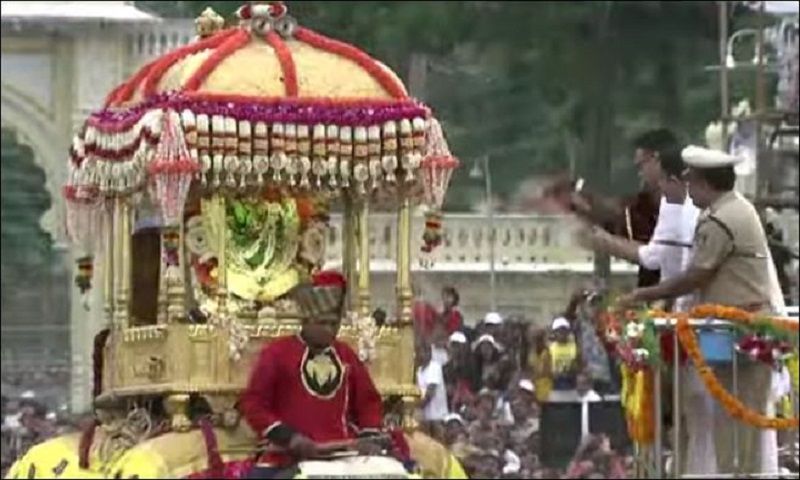 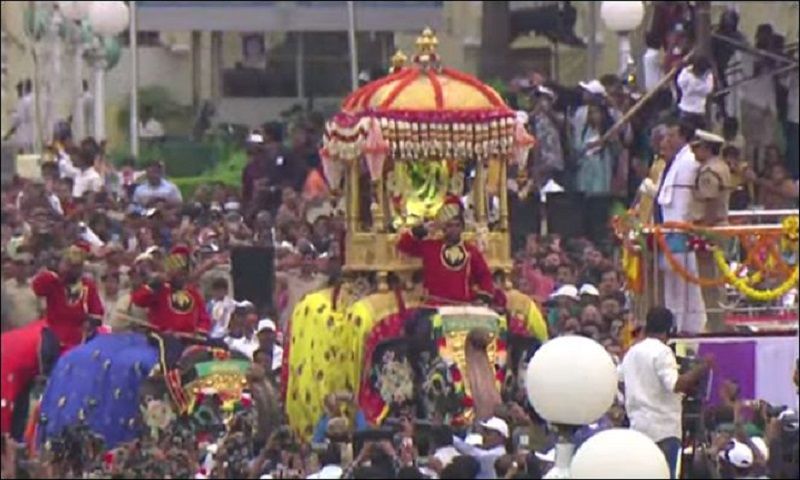 The entire city was decked up with special lighting arrangements exhibiting the rich cultural heritage of the state. The Dasara festival was inaugurated on September 26 by President Droupadi Murmu, who offered floral tributes to goddess Chamundeshwari atop Chamundi hills in Mysuru.

The elephant procession was organised after two years of restricted celebrations. The grand procession was carried out from Mysuru’s Amba Vilas Palace to Bannimantap Ground covering a distance of 5 km. 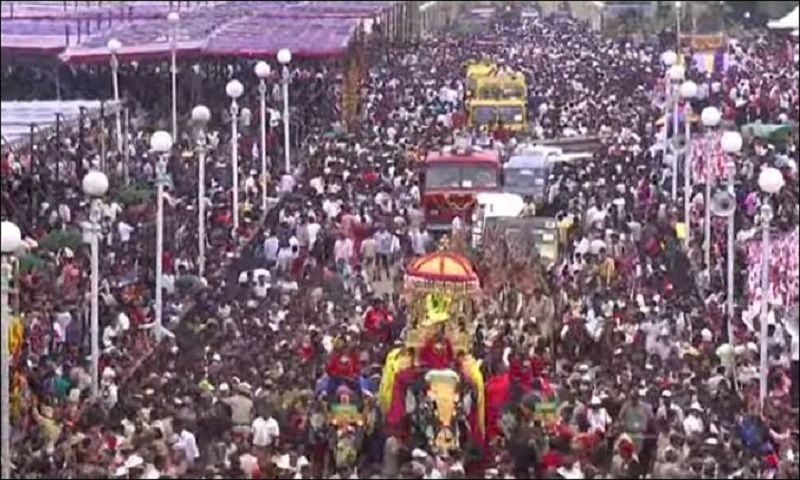 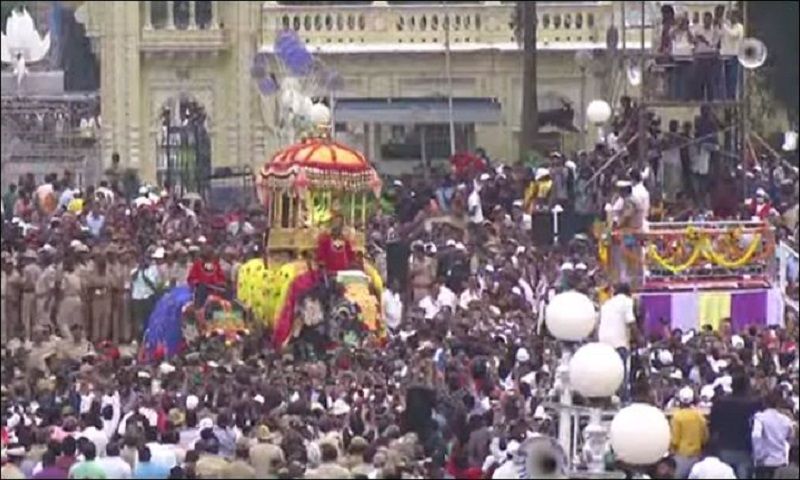 This year, 57-year-old elephant Abhimanyu carried the 750 kg golden idol of goddess Chamundeshwari. Along with the procession, a torchlight parade was held during which Governor Thawar Chand Gehlot was given the guard of honour.